It seems as though it happens once a year in the history of the Disney shorts – a caricature of Hollywood celebs has to appear. We saw Mother Goose Goes Hollywood most recently, but now, Donald Duck takes to the screen with the biggest movie stars of 1939, in The Autograph Hound.

It’s something that I think has gone unnoticed among the wide swaths of Disney fans. Most fans think of the Disney films as timeless, something that can be watched over and over again decades after their first release. While that may be true of the feature films, when it comes to the shorts, there are many efforts that are very much of the time they were made. The Autograph Hound is one of those. 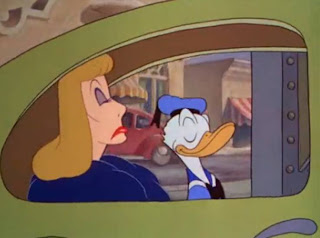 While movie buffs or historians today can easily pick out who is being caricatured in this short, the average Donald Duck fan would not know it. In 1939, however, this short would have featured the absolute biggest stars in Hollywood. Greta Garbo, Mickey Rooney, Shirley Temple and many, many more are on display in this short, interacting with Donald. 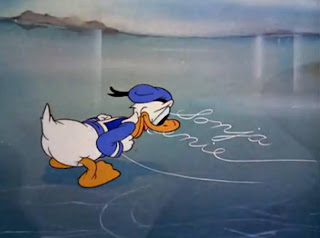 Donald tries to get himself into a movie lot to get autographs, and has to contend with security trying to toss him out as well as the stars getting incensed about his request for an autograph. It’s an absolutely hilarious exercise if you recognize some of the stars. I don’t know what it would be like if you were unaware who these people are. 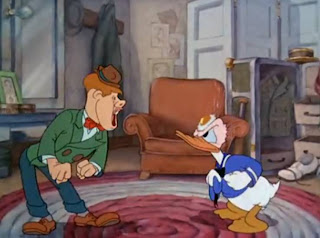 For example, Donald’s interactions with Mickey Rooney are very funny. There is slapstick being done with Rooney crushing an egg on Donald’s head. There’s a back and forth banter that is funny simply because Rooney is using an Irish accent and Donald is well…Donald. The two of them together is a funny combination, but if you don’t know who Mickey Rooney is, it might not be as impactful.

The same goes for later efforts in the short. Donald’s interactions with the Ritz Brothers is really funny, especially when the three of them ride off wearing his clothes! But even someone like me, who watches Turner Classic Movies all the time, had trouble recognizing who Donald was talking to. 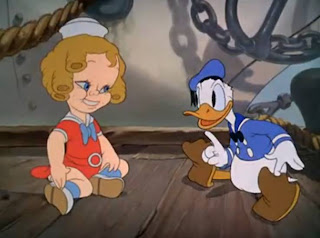 None of this is said to malign the short, because it is extremely funny. Donald goes from set to set, celeb to celeb in a rapid fashion, hitting some fantastic comedic notes along the way. His interactions are perfect, keeping Donald in character while also taking advantage of the guest stars in the short. 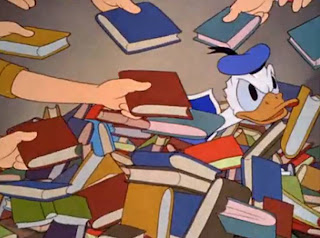 The most interesting part of the short, though, is seeing the response of the actors to Donald! Once Shirley Temple recognizes him, there is a mad dash from them to get Donald’s autograph. It’s again a nod from Disney to the fact that their stars were just as big as the biggest actors. This isn’t something you would have seen before, in the early days of Mickey, but now, it’s become more commonplace. Very interesting insight into the minds of the Disney staff as they geared up for their second feature film.