Mickey’s back! Well, that’s not true, it’s not just his back it’s the entire mouse! Mickey Down Under returns our favorite mouse to the screen, in a bit of a different form from his last major appearance in Fun and Fancy Free. Along with Pluto, he takes a journey to Australia to join the land of boomerangs and kangaroos. The results are mixed at best. 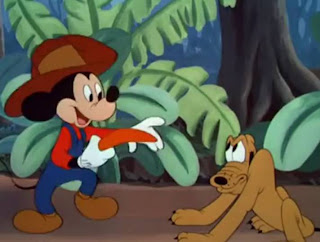 Mickey Down Under opens with a new look for Mickey. He is softer edged and has a different facial structure than in the past. This is not his most popular look and consequently has not endured. The design we saw from Mickey in Fun and Fancy Free is much more like what we know Mickey as today. This different style Mickey is a bit of a distraction while watching, because it seems somewhat unfamiliar. 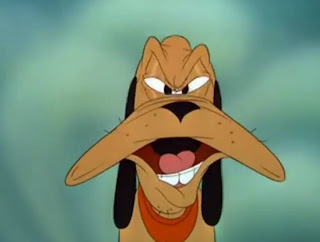 Pluto, meanwhile, is his same silly self he has been for years. In this short he ends up spending most of his time trying to capture the boomerang that Mickey throws. We see him throw up his pointer pose to show Mickey the way and then run after the boomerang. The remainder of his actions in the short consist of him biting the boomerang and having it stuck in his mouth. He twists, turns and contorts in order to try and get the boomerang out, but to no avail. 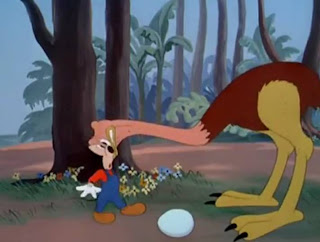 Mickey, meanwhile, gets entangled with a giant ostrich. Yes, you heard me, a giant ostrich. I’m unaware of the great Australian legends of the giant ostrich, but Mickey gets involved in a mess with the ostrich’s egg. This is where we get some of the great sheepish Mickey shots that are so much a part of his personality. Mickey works well when he is being shy or backing down. Remember his confrontations with Pete when he would grin and give a nervous giggle? That’s the kind of stuff you get here. 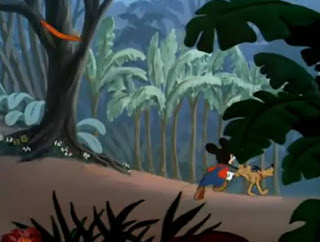 That’s a redeeming quality to a short that does not have a great deal of them. While Mickey Down Under is good because I can see Mickey again, it lacks a lot of the fun and great gags that Mickey shorts used to have. That’s sad, because Mickey used to be the most mischievous and exciting character that Disney had. This version does not compare to the old black and white version.