There are classics in the Disney library, and then there are the iconic pieces. The pieces that are remembered by historians, animators and fans alike as something special. The Three Little Pigs is one of those, and the reasons stretch far beyond the excellent short itself. Instead, The Three Little Pigs is revered for the effect it had on the viewers of 1933, and rightfully so. 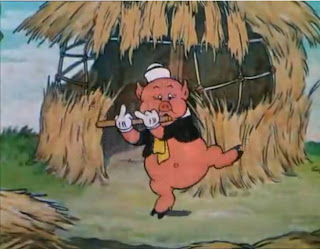 Remember your history books, and back in 1933, the United States was in the throes of the Great Depression. Franklin Delano Roosevelt was the new President, and his tone to the nation was that of hope for the future. Sound familiar? Roosevelt constantly communicated to the nation that the best days were coming, and that fear was the enemy, to be banished at all costs.

This was essential for Roosevelt, because people were panicked. They feared the worst, and some were even calling for socialism, and replacing the democracy to get out of this catastrophe. The Three Little Pigs provided an anthem for Roosevelt’s hope message, in “Who’s Afraid of the Big Bad Wolf?” 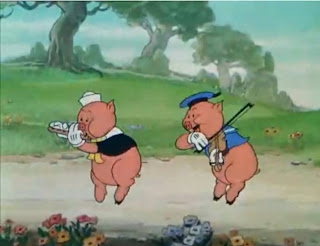 This is the first or second iconic Disney song (depends on if you count “Minnie’s Yoo Hoo”), but its popularity can not be overstated. Viewers of this short took the song as their rallying cry, providing a counterpoint to the doom and gloom of the Depression. And why not? 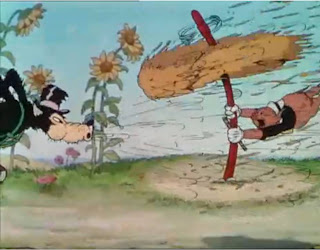 The short itself no doubt was intended simply as another Silly Symphony. And in that respect, it performs very well. It has a well crafted story, and very believable characters that are well designed. The wolf is frightening from the second he appears on screen, and the pigs are introduced just as you’d expect, standing in front of their various houses. 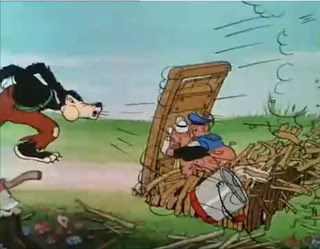 The music runs throughout the short, as you’d expect in a Silly Symphony, but it turns this into a flowing musical, with the lead characters voicing the parts, and the songs moving the story forward. This approach is what Disney would use later in the features, but you can see the experimentation with it beginning in the last few shorts. 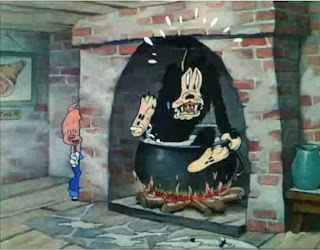 The standout piece of animation here is the characters. Their emotions, facial expressions and movements are very well done. You can see the fear on the faces of the first two pigs as they dive for cover in the third pig’s brick house. The anger and frustration on the wolf is palpable as well.

As a short in and of itself, The Three Little Pigs is straightforward, telling a simple fairy tale. But it is definitely a case of right time, right place and a superb song that made it the instant classic that it was. It endures, though, because of the music and the character work. It’s still entertaining today, just as it was in 1933.