It sometimes seems in the war years that all Disney produced is Donald Duck shorts. There’s probably a good reason for that, as Donald was the company’s most popular character at the time, and was deeply ingrained into the populace as Disney’s face for the war effort. But other than the occasional Goofy or Pluto short, it’s a lot of Donald. 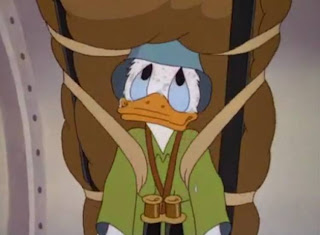 Commando Duck is, at least, a continuation of the war shorts that saw our favorite duck join the military and be belittled by Pete. Pete is absent in this short, but now that Donald has enlisted, been through basic training and served on the base, he’s ready to go out into the field. The short opens with Donald ready to parachute out of a plane, to sabotage a Japanese base. 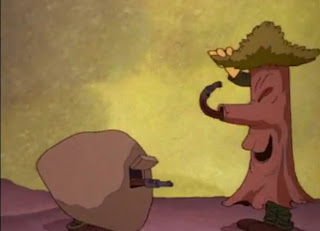 The mission is frankly impossible. Donald has to parachute in and singlehandedly destroy the base, but the officer in the plane doesn’t give him much guidance. When Donald lands and starts rowing down the river, the Japanese are targeting him the entire time. It’s this part of the short that has caused it to be taken out of rotation at Disney. The Japanese in the short are caricatures, and not flattering ones. It’s not surprising of course, considering that the filmmakers were “at war” with the Japanese, but it’s insensitive by today’s standards. 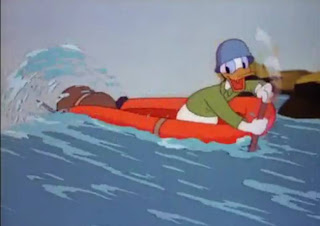 The solution to the issue of how Donald will destroy the base is inventive. Similar to How To Be A Sailor, where Goofy just lucked into things but destroyed the entire fleet, here Donald has an accident that ends up accomplishing his main goal. It’s very fitting to his character, too, because you would never imagine Donald being able to accomplish this on his own. 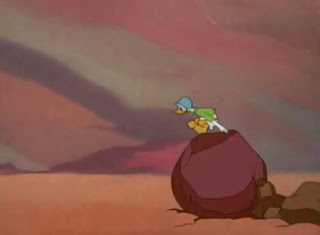 What happens is that Donald’s inflatable boat goes over a waterfall, but does so in a way that it ends up filling up with water. As the boat expands, the water keeps filling it and it “chases” Donald through a canyon full of rocks. The fun is in seeing Donald try to keep the boat from popping and washing him away, all while trying to run away. 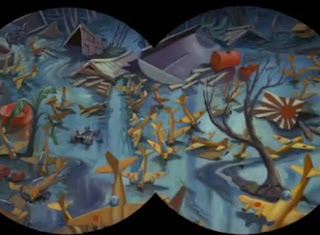 When it ultimately does pop, it ends up washing away the Japanese base that lay right beneath the cliff facing Donald was running away from. It’s a supremely effective weapon that ends the Japanese threat and the short as well. While this one gag is effectively the entire short, that’s not necessarily bad. Again, though, this feels like a short where Donald didn’t have to be the main character. It makes sense why he is, because of his previous war shorts, but it could have worked with Mickey or Goofy as well.