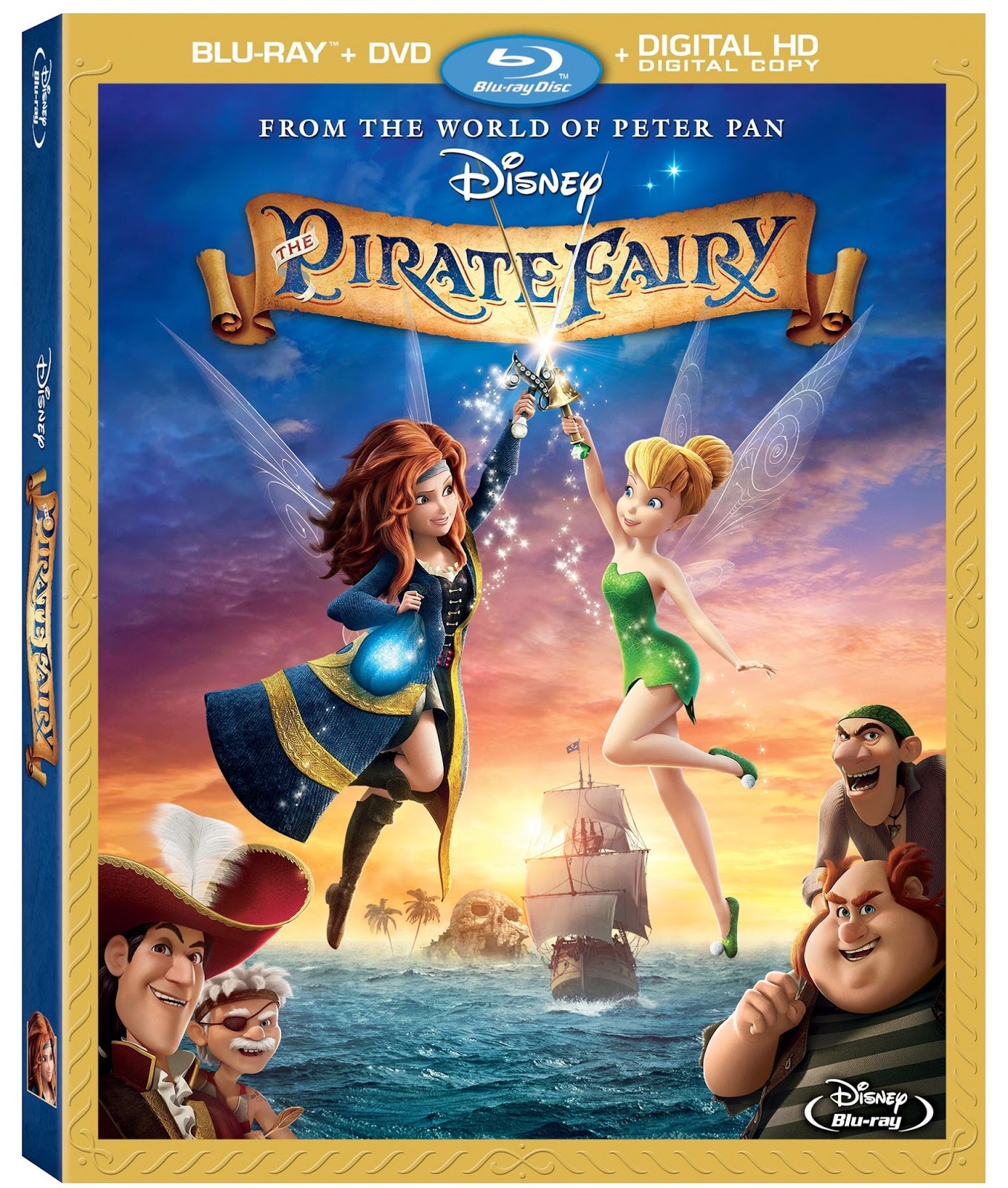 Today, April 1, 2014 marks the release of the latest of the Disney Fairies films, The Pirate Fairy. It is the 5th film in the Tinker Bell Series produced by Disney Toon Studios. It is a story about a new fairy named Zarina who is a Pixie Dust Fairy who is very inquisitive about her place in the world. It also introduces the character James played by Tom Hiddleston. It becomes an origin story about both of these characters and introduces many elements that play into the story of Peter Pan.

The movie itself is really good. What I appreciated most is that while this film is intended to be primarily about Zarina and her quest to find her true fairy talent as the first “Pixie Dust Alchemist”, it does a great job of balancing in the roles of Tinker Bell and the other fairies as well as James. The intertwining of providing an origin story for Captain Hook and Tic Toc is also well done. Sure it’s another version of the legend, but it does help to cement his place in Never Land. And it will be great if in future releases they can get Tom Hiddleston to come back to reprise the role.

When starting the Blu-ray you can watch the trailer for Disney’s Legend of the NeverBeast, which right now looks to me to be Rocket Racoon with gamma irradiated eyes. The menu shows the deck of the Jolly Roger with Zarina looking toward Skull Rock while the fairies fly around with a brief appearance by baby Tic Toc. It’s a nice clean, crisp menu where the options are very clearly presented and easy to read.

In the bonus feature Second Star to the Right: The Legacy of Never Land Peggy Holmes, Jeffrey Howard, and Jennifer Magee-Cook talk about the how the movie started from it’s roots about a rogue fairy who could change the properties of Pixie Dust, and how at the suggestion of John Lasseter it incorporated Pirates and became the final product. It’s nice to see that the fairy characters of Pixie Hollow remain in good hands that really care about them.

The Deleted Scenes are introduced by Director Peggy Holmes and Producer Jennifer Magee-cook. In all cases these are very preliminary rough sketch scenes:

There are also the following additional bonus features:


This is a solid Blu-ray release, which is not surprising since rather than being a video release of a theater film it is a direct to video release for one of the most popular direct to video series of all time. It’s also a really good story that parents can enjoy with their children. The new music introduced in the film is top notch and very catchy. Peter Pan fans will notice right away that the “Frigate that Flies” is not the Jolly Roger, and they will get a nod to that at the end of the film. Disney Fairy fans will not want to miss this film or the introduction of the newest fairy, Zarina.
Posted by Unknown at 9:00 AM