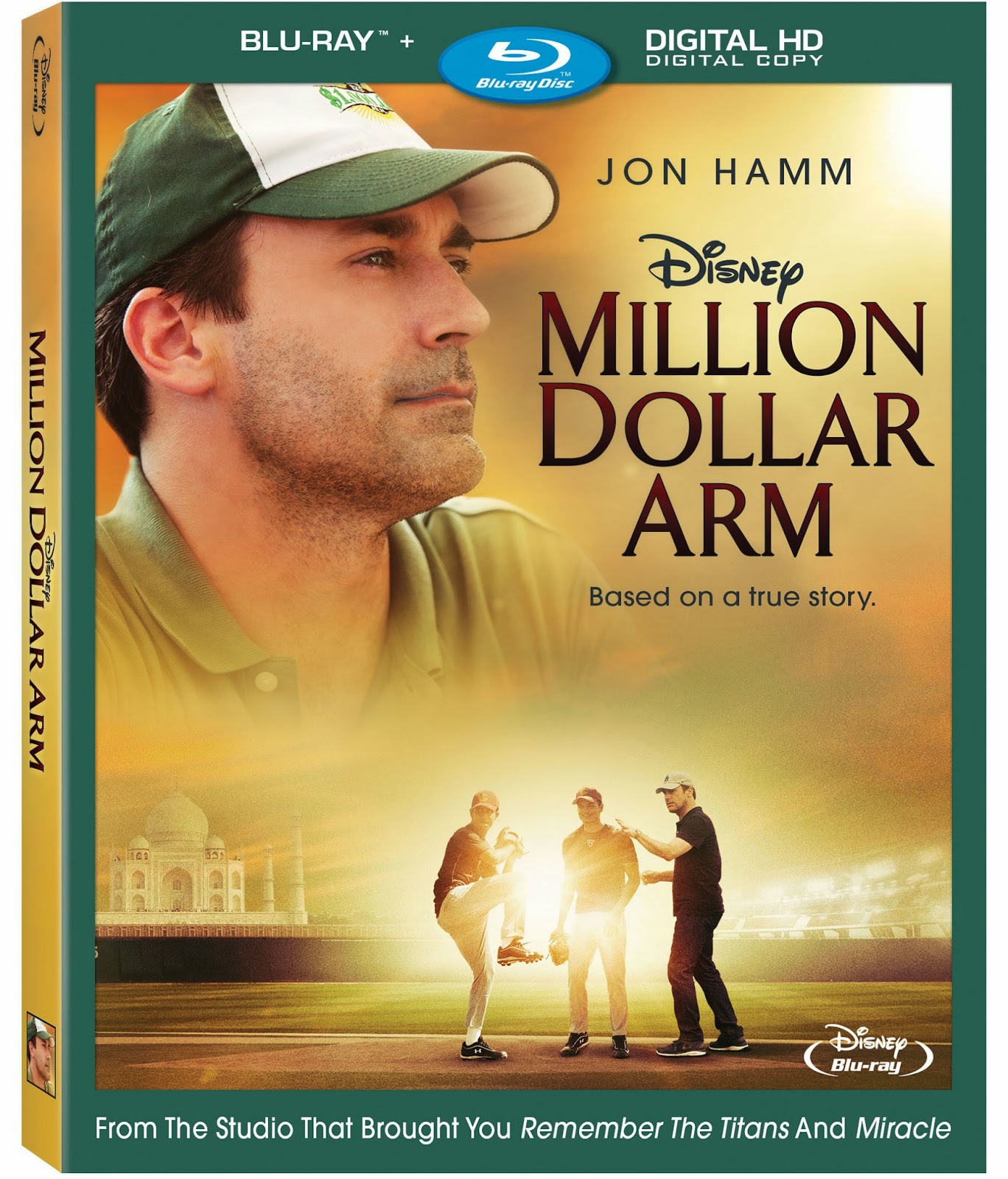 Million Dollar Arm is possibly one of the more underrated Disney films of the year.  It has a lot of good feelings wrapped up into it, an almost indie film quality to it, and a really awesome soundtrack.  While it is presented as a sports movie, it really is more of a family drama that takes you through an adaptation of real life events.  If you’d like to learn more about the movie itself please listen to Episode 178 of our podcast.  If you missed the movie in the theater it is now available to own on Blu-ray.

The Blu-ray contains the following extras:


Here we have a very standard Blu-ray release of a recently released movie. It has the same bonus content problem that many Blu-ray releases of movies that occur close to a new movie.  However in this case there is so much content readily available about the real life counterparts of the characters in this movie that perhaps more of that could have been added to help round out the bonus features more.  The movie itself is still good, and if you missed it in the theater, and are at all interested in the story, it is likely worth picking up a copy.
Posted by Unknown at 10:00 AM