Development of Alice in Wonderland

If you’ve been following the arc of Disney films since World War II, you’ve seen things evolve slowly.  In 1949, the company jumped into live action with So Dear To My Heart.  The magic of animated films began to resurface after all the package features with Cinderella in 1950.  And now, in 1951, Disney plunged forward with one of their most bizarre and experimental films, in Wonderland. 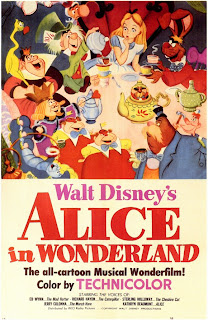 Walt had been looking for ways to adapt this story for decades.  Remember that Walt got his start in animation with the Alice Comedies, where he took a live action and dropped her in an animated world.  While he didn’t directly adapt Lewis Carroll’s books, it was using the strange settings and characters from the books that made such a crazed and dynamic world.

When Walt got the idea to move into feature films, it was in Wonderland that interested him.  The thought was to make a feature length version of the Alice Comedies, and a screen test was shot with actress Mary Pickford in 1933.  It turned out to be a bust when another studio released their live action version of the story.  But Walt was not deterred, and registered the title in Wonderland with the MPAA in 1938. 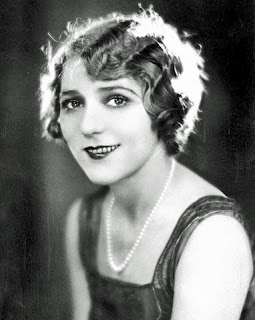 Like nearly every other project, the financial struggles of the 1940s put on the back burner.  Between the animator’s strike, the loss of foreign markets, the war and the financial failures of some of the pre-war films, Walt’s output had to turn to what made money moreso than what art they could produce.  was no exception.   After the war ended, Walt returned to the idea of producing a live action/animation hybrid.  Several actresses were tested for this version, including Ginger Rogers.

Ultimately, though, the decision was made in the late 1940s to turn to a musical, comedic take on the books with less of a focus on slavish devotion to the story.  This was the version of the film that was released to theatres in 1951.  For years, Disney animators had tried to recreate the illustrations of Sir John Tenniel, the man who had done iconic drawings for the Carroll books.  With this new freedom, the artists created their own versions of the characters, and ended up defining the look of these characters for generations. The biggest key to this was Mary Blair, who had been such a key on the South American films.  Her design was applied to the backgrounds and art direction of the film, making it very unique in the Disney canon. 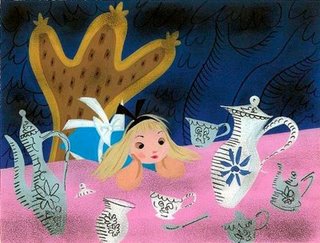 Rather than stick to the poetry and verse that Carroll had put in the books, Disney commissioned songwriters to use those poems as a starting point for new songs.  The film ended up with tons of songs, some of them only lasting for seconds, because they were there to simply use the story beats from the books.  The changes were not popular with fans of the books, something that Disney expected.

Kathryn Beaumont, who would go on to do much more work at Disney, was chosen as the voice of , and a variety of character actors and comedians were picked to round out the looney cast.  Ed Wynn as the Mad Hatter turned in the most memorable performance, but former Disney faves Jerry Colonna as the White Rabbit and Sterling Holloway as the Cheshire Cat also turned in fan favorite performances. 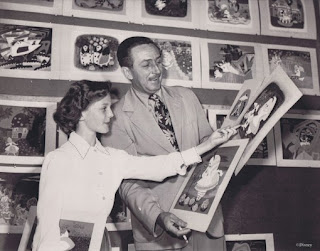 In the end, the public reacted rather unfavorably to the film.  While it wasn’t the financial disaster that some other films like Fantasia were upon initial release, the film never found its footing and made less than $3 million in theatres.  It wasn’t until the 1970s that audiences got to see again, but this time, it was much more a part of the counter culture than a family film.  Once again, in later years, when was released on video, the audiences started flocking to it, and recognizing the work done in the 1950s.  Tomorrow, we’ll look at the film itself and how it holds up as a work of art.