The True Life Adventure series is far from my favorite thing that Disney has ever done. However, it’s an important part of the Walt Disney legacy, and something that the company returns to over and over again. These films became such a part of the Disney lexicon that they would form the basis of Adventureland at and become part of the Disneyland TV show. The previous entries in this series, and , were of varying quality. With Nature’s Half Acre, I feel like Disney hit their stride. 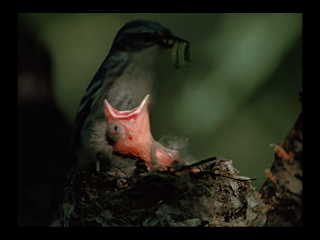 Not identifying where it’s set, Nature’s Half Acre, in a similar way to the previous films, tracks the change of seasons in one set place. This time it’s a small plot of land where birds and bugs interact throughout the seasons. We begin the short in spring, where the various activities of the creatures is wound into a song called “Symphony of Spring” which was written for the short.  A woodpecker’s taps are integrated, as are the long crawls of an inchworm. Obviously these are set to music, but there’s a nice rhythm to the piece that serves as an easy intro to the subject. 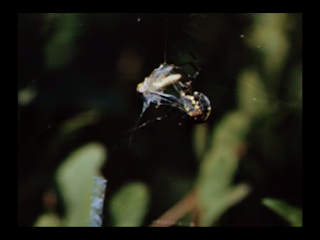 Winston Hibler, the narrator of these True Life Adventure films, brings things right into focus after that, however, as the majority of the film focuses on the relationship between predator and prey. It begins with birds eating caterpillars, and grabbing food from other sources that they can feed to their young. Many of us have seen or heard of mother birds feeding their children in the nest, but seeing it here is a powerful image. It also allows us to find a narrative that was lacking so much in the previous films. By flowing from one animal to the next, we get a sense of place and character.

That warm and comforting image is then immediately undercut as we cut to scenes of everyone eating everyone else. That’s not me being snarky, that’s actually what Hibler calls it at the end of the sequence.  We have spiders eating bees, after we see the amazing inside of a beehive and how it looks.  We have preying mantis eating anything they can find. And of course the birds pick off all the week bugs.  No joke, the majority of the film is animals eating each other. 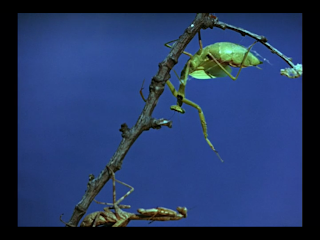 Things come full circle, though, as the film slides into winter, showing how the various creatures react to the oncoming frost.  Some build cocoons, others burrow into the earth, but they all prepare for the harsh winter.  These shots of the winter scenery are a stark contrast with the early vistas of spring that were so beautiful and inspiring. It also helps establish a narrative flow for the film, tracking the seasons. 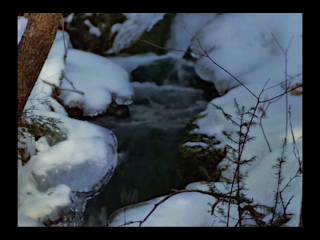 When spring reveals itself again, it’s a rebirth for the creatures and the viewer.  The harsh realities of nature, with animals eating each other throughout the film, are forgotten.  The “Symphony of Spring” returns, this time holding more promise, because we know what the animals have gone through leading into spring. It’s that arc of character for the film that made Nature’s Half Acre more enjoyable.  While I’m still not a fan of the True Life Adventures, this one provided much more entertainment than previous editions.
Posted by Ryan at 3:13 PM