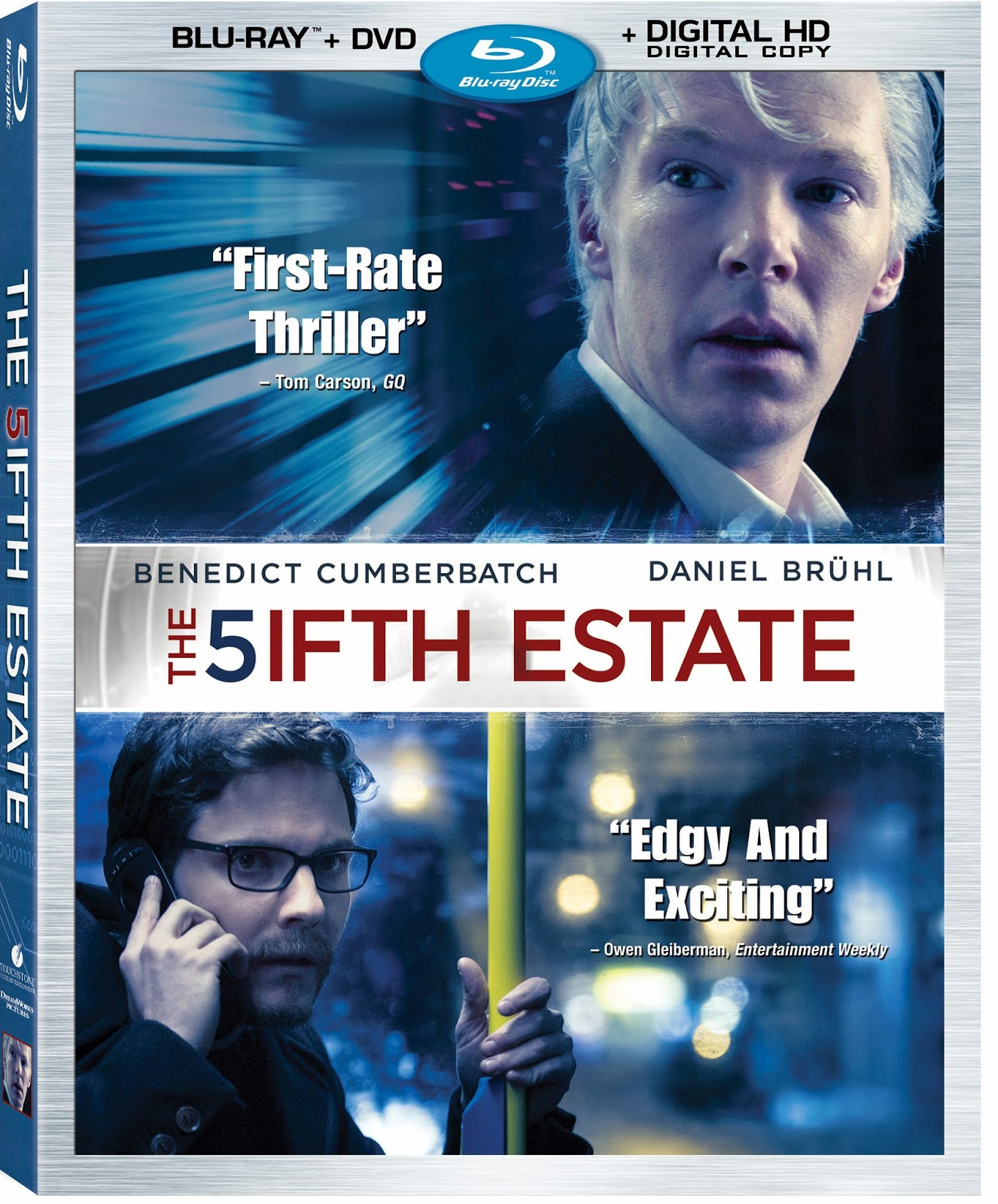 The Fifth Estate is a movie based on the events of how WikiLeaks was created by founder Julian Assange and his partner Daniel Berg. The movie is marketed and distributed by Disney through their Touchstone label as part of their agreement with DreamWorks. The Blu-ray will be released on January 28th.

The movie’s title is drawn from the medieval concept of the 3 cultural subdivisions of Commoners, Nobility, and the Clergy. The 4th Estate is a modern concept that encompases the Media and News. The 5th Estate itself is intended to cover Bloggers and the Internet as a distribution platform. Julian Assange is considered by many to be superhero in his unwavering quest to bring what he considers to be a pure form of the truth to the masses through the Internet.

The Submission Platform: Visual Effects discusses how the film portrays the actual article and data submission platform created by Julian Assange for use by WikiLeaks contributors. They discuss the evolution of the effect from just a beach with 30 desks to an infinite array of desks on a beach. From creating shots with the individual contributors, to the shots of Assange sitting each of the infinite desks, to the final destruction of the submission platform - a dramatization of the real life end of the protective measures.

In Camera: Graphics is about how to spice up scenes in the movie that are really just about people using text chat on a computer screens. The goals was to not just place cameras over the shoulders of each character, but rather bring the text to life. Some was as simple as projecting screen text across the faces of the actors or on the walls behind them. Each character was given a signature color, and an effort was made to show relevant computer graphics and text on the screen not the typical random stuff in movies.

Scoring Secrets is an explanation of the sound and musical elements of the film. Much of the music is designed to reflect the emotion and knowledge of Assange from his Autobiography. Other elements were designed to reflect the place portrayed in the movie. Carter Burwell walks us through how some of his scores were created and then intentionally handed off to be electronically remixed. And how he worked with guitarist David Tom to create much of the specialized electronic guitar effects in the scores.

The movie itself is very clever and appealing in its art form and the way the music carries you through it. Many don’t consider it to be a completely accurate portrayal of events as it’s written by Berg with no input from Assange. That by no means should be a reason not to see the film or own the Blu-ray. Rather, if the story of WikiLeaks is interesting to you, this should be looked at as only part of the puzzle of the complete story - not it’s net sum.