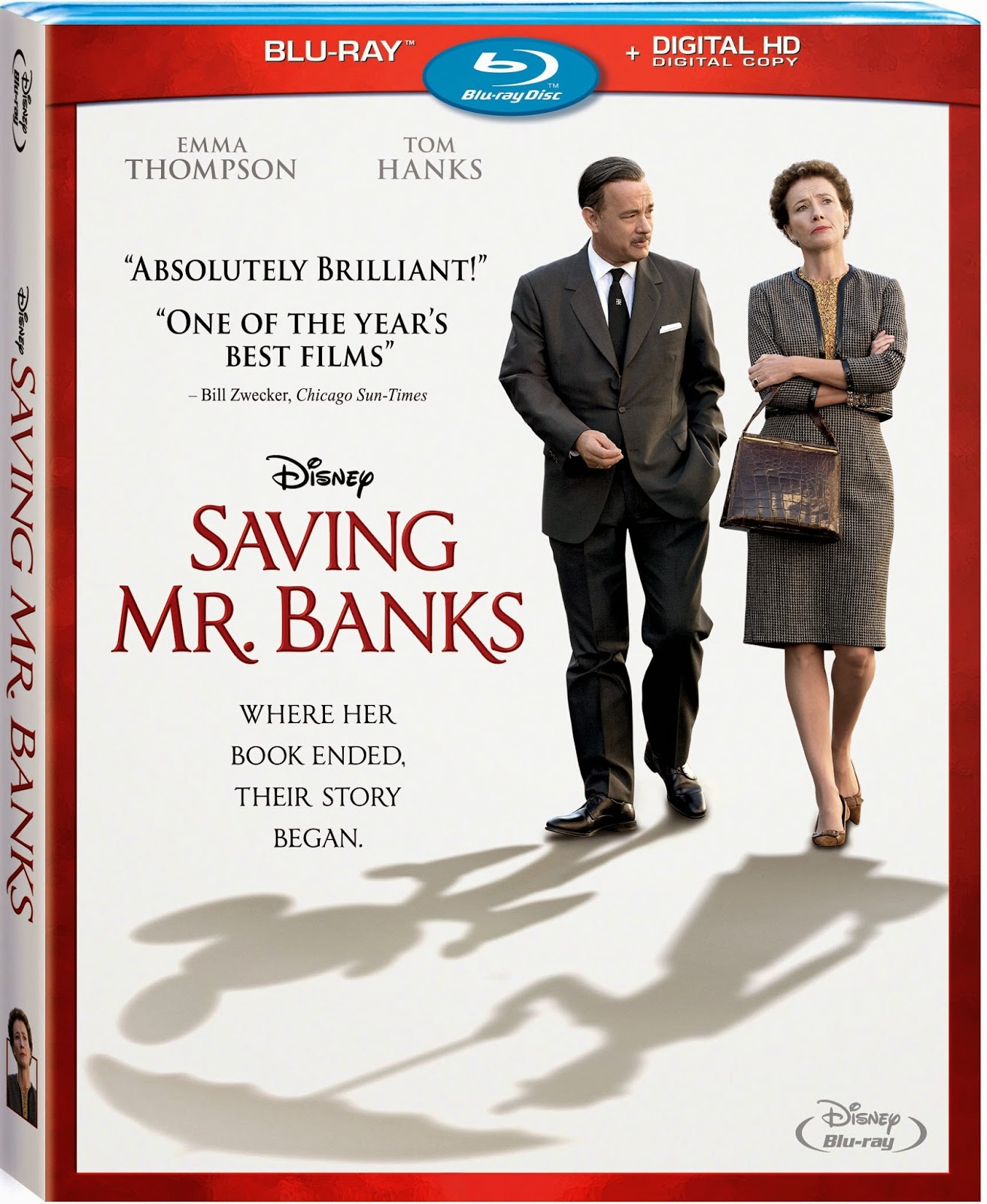 This past December Walt Disney Pictures released Saving Mr. Banks which is a movie that goes into some of the details about what went on during the making of the movie Mary Poppins as well as the history behind the character and story created by P. L. Travers. While the movie was generally well received by audiences, it carries with it a lot of controversy about the factuality of the elements of the film. To learn more about the film itself and what we thought about it please listen to Episode 156 of our podcast.

The main menu has in the background the old fashioned reel-to-reel tape recorder playing original recordings of P. L. Travers that can be seen during the closing credits of the movie. I do wish they’d have included more of the recordings than they did as it’s only a very short piece that keeps repeating. The movie can be viewed in English, French, Spanish for both audio and subtitles. It includes a piece filmed during the closing of the set, Richard Sherman played “Let’s Go Fly A Kite” for the cast and crew, all of whom sang with him - absent are Tom Hanks and a few others. It’s a small tribute to Sherman himself as it’s interspersed with cuts to some more emotional moments during filming.

The Walt Disney Studios: From Poppins to the Present is narrated by John Lee Hancock and his journey making Saving Mr. Banks and in learning the history of the making of Mary Poppins. Talking with Michael Corenblith about their investigations into the Disney Archives. They talk about the construction of the studio, and the Animation building. Sons and daughters of various Disney Animators and staff discuss their childhoods growing up on the studio lot. And how so many of the tricks and tools of the trade that Walt and the Studio learned and invented before making Mary Poppins were used to make the movie. Richard Sherman discusses what it was like working on Mary Poppins with his brother, Walt, and Travers. It’s really more a piece about Walt and the Studio than it is about Mary Poppins and Saving Mr. Banks.


There are a few Deleted Scenes from the movie. As is typical of these you can sort of tell why they were cut as they’re all good scenes but they don’t bring anything new to the table that the other scenes do not:

Considering all the research and exploration that went into the making of the film, I found the Blu-ray to be quite sparse. Both the movie itself and this Blu-ray still leave me wanting to better understand the choices made for the movie. What’s missing more than anything else is more of the archival audio of the sessions with P. L. Travers - having access to some or all of these on the Blu-ray would have made for a fantastic addition. This Blu-ray is really about being able to own the movie itself for your home collection.