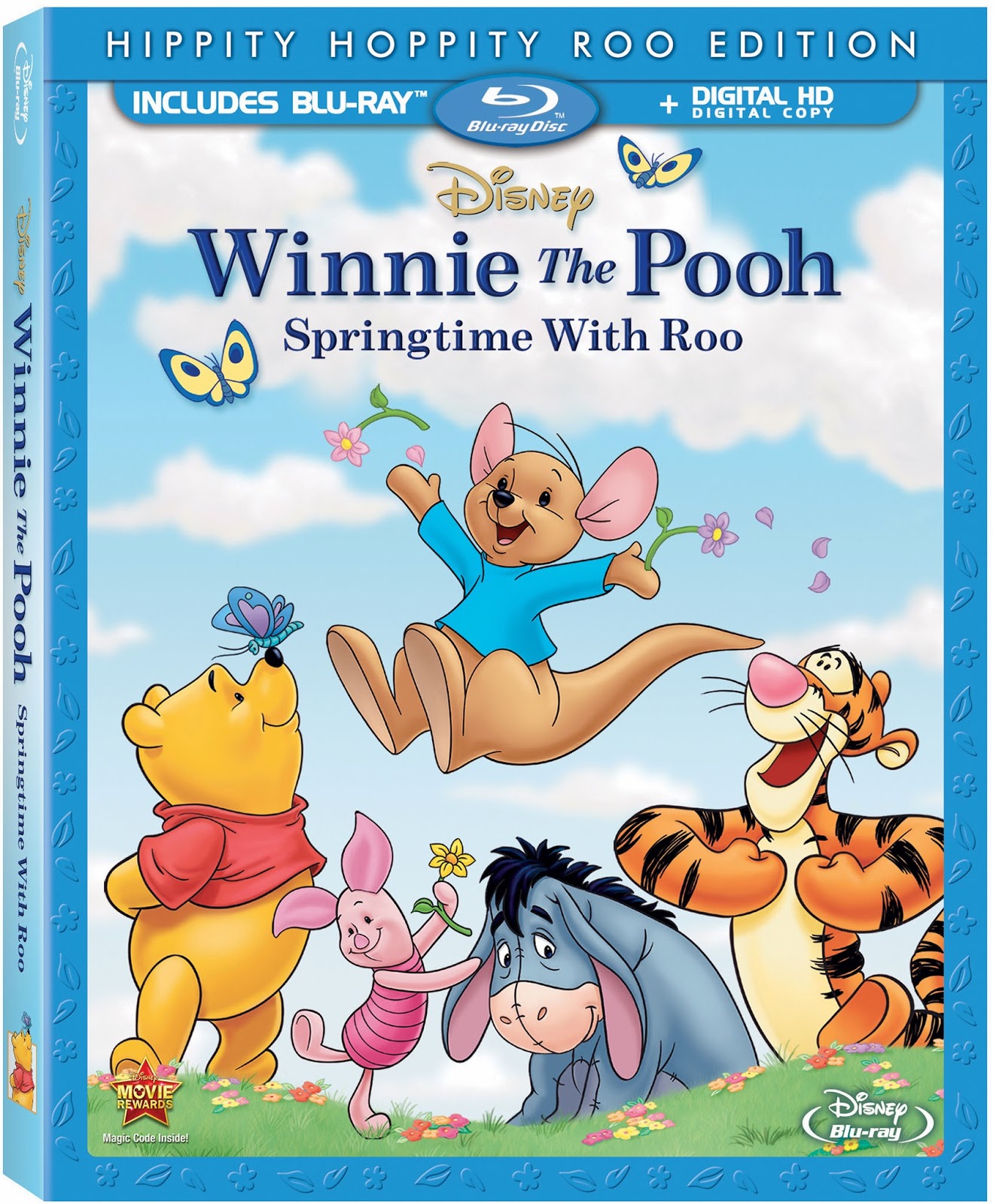 Winnie the Pooh: Springtime with Roo is a tale about Easter that was released direct to video back in 2004. On March 11th it will be released on Blu-ray, in plenty of time for the Easter holiday. It’s got one additional feature on it besides the movie itself, Get Up And Dance!, a dance and music video featuring the song from the movie “The Way It Must Be Done”. I have to be honest, this is one that sort of escaped my radar previously, and since there’s not a lot of content on the Blu-ray I decided to take some time and go over the story briefly.

It’s a new tale, meaning that it doesn’t derive from the original A. A. Milne works. And it has a bit of a divergence from the standard Narrator, David Ogden Stiers, opening that takes you into the story. Roo interrupts, and talks with the Narrator who tells Roo the story is about him. Roo accepts this and hops right into the story.

Things start with the Tigger, Roo, Piglet, Eeyore, and Pooh heading off to go Easter egg hunting. Unfortunately they run into Rabbit who seems to not know it’s Easter and puts them to work Spring Kleening (sic) his home. Meanwhile he goes outside to garden. While cleaning Pooh sneezes the biggest sneeze ever, which leads them to discover all their Easter decorations. They proceed to decorate Rabbit’s house, and when he comes back he is quite upset and throws them all out.

Roo figures out that something is wrong with Rabbit and he talks with Tigger about it. Together they make a plan to bring back Easter and Kanga approves. Tigger and the Narrator confront him about it, and the story suddenly becomes an take on Charles Dickens’s A Christmas Carol. Of course, with the denizens of the Hundred Acre Wood, rooted in the Easter holiday, with Rabbit as Scrooge, and the Narrator stepping in as the ghosts of Past, Present, and Future. And if you didn’t figure it out, Tigger tells you at the end.

It’s a cute tale, but only with a single moral to be learned as opposed to the several you get in other Winnie the Pooh stories and movies. It’s about 20% singing, and there’s a lot of more depressing / sad moments that you might expect, but it ends with everything resolved and everyone happy and singing. This is a definite family movie and not overly childish. If you’re looking for a good springtime movie to watch with your children, this one is it.