Donald sure is having a lot of animal trouble in 1944. Yesterday we looked at his issues with a gorilla, and today, it’s Donald having some trouble with a condor. Contrary Condor features Donald looking to collect a condor egg from somewhere high in the Andes. 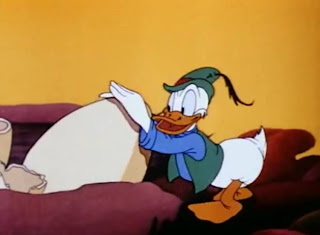 Originally created as part of the South America shorts born out of the Good Neighbor project, Contrary Condor is sort of a hybrid. Partially, it’s a “How To” short like the Goofy shorts, but it’s also an opportunity for Donald to do the comedy that he is best at, in trying to pull off something somewhat evil and being foiled. 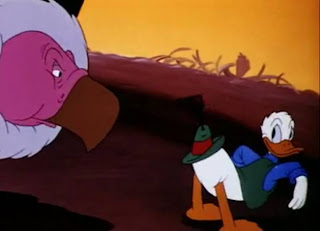 This time, he is attempting to collect a condor egg from a nest high up on top of a mountain in the Andes. Doesn’t seem like a wise move, does it? Regardless, Donald climbs up to the peak to take a stab at getting the egg. He gets more than he bargained for, however, when one of the eggs hatches, and through a series of events he ends up inside a shell. 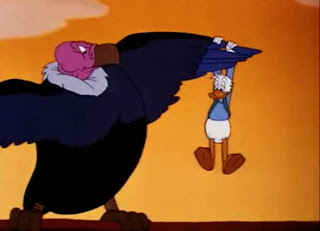 Watching Donald sweat inside the egg shell and eventually “hatch” is quite funny, and an inventive gag. That’s only the beginning, however, as the mother condor comes back and is shocked to see two babies in her nest – the real condor child and Donald. Hurriedly, Donald sticks his hat over his tail to simulate condor feathers. 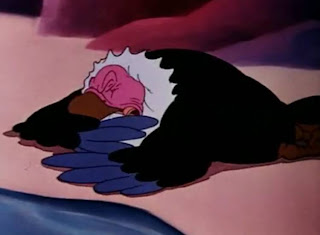 As you may imagine, hilarity ensues, as the narrator describes the life cycle of a condor, but with Donald subbing in as the baby instead. The best part of this is when the mother condor is trying to get her children to fly. The actual condor takes to it easily, but you can imagine that Donald does not want to jump off a mountain top and then plummet to his death. 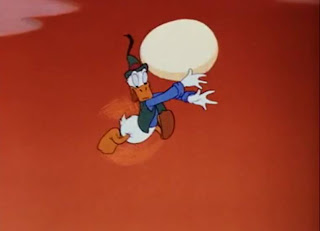 He comes up with an elaborate ruse of throwing a “dummy” condor over the side of the nest and into the water below, leaving the mother inconsolable, but it backfires. Doesn’t it always? The point of the short is pretty good, showing the conservationist point of view that collecting condor eggs isn’t the best thing. The humor, though, seems more fit for a Goofy short. It’s another case of the studio using Donald as their default rather than looking to fit the story to the character.