How To Play Football

It is so nice to come back from the holidays to an old familiar friend. For me, that’s the Goofy “How To” shorts, and How To Play Football is one of my absolute favorites. Seeing a team of Goofys taking on the sport of football is a laugh riot waiting to happen, and this one delivers that in spades. 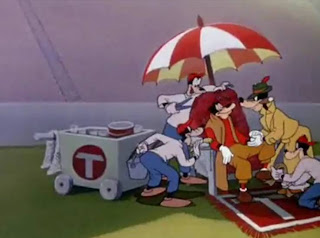 An interesting note in our world that is dominated by pro football, that this short focuses on college football. The reason for that is that it was made in 1944. During this time, baseball was the biggest sport in the land, with boxing and horse racing not far behind. Pro football was an afterthought, and the college game was looked on as a much more relevant sport. 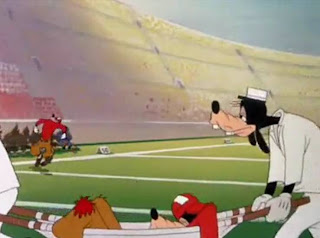 You can see that in the order of which the “How To” shorts were done. We saw shorts on skiing, boxing, baseball, track and field and riding a horse before football came to be. That said, this short seems to poke fun at football a little more than some of the previous entries in the series. It mocks the “chaos” of the game and even has a joke where the narrator’s explanation of the rules is muffled by the cheers of the crowd, implying that the rules are less than important. 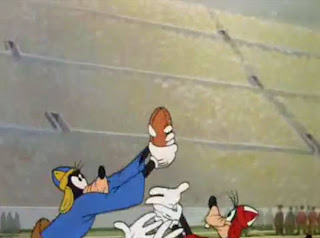 The gags come fast and furious in this one, just like the best of the old Mickey Mouse shorts. Again, all the action makes fun of the back and forth nature of football, which was very true back in those days. The similarities to rugby were much more pronounced with fewer forward passes and much more wishbone formations, which is reflected in the lineups here. 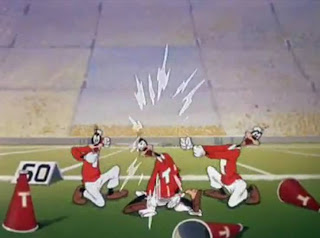 Goofy plays all the parts as usual, and the distinctive differences in the different Goofs is an amazing piece of work. Taking the exact same character design and making it different enough that each one is a distinct design is not easy. But here, the Disney animation staff shows a wily coach, a pampered star player, a brutish lineman and a silly kicker all with the same character! 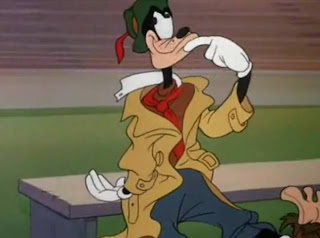 In the end, the short manages to tell the story of a full game, mixed with gags while also highlighting some of the intricacies of football. That’s not easy to do. It’s a testament to the skills of the animation team that they were able to do so. I recommend How To Play Football for anyone who loves Goofy or the sport of football.