To call Private Pluto a wartime short is probably a stretch, as the only thing that it has to do with the war is that it takes place on an Army base. Still, that is a great set up for a short that introduces a version of Chip and Dale, messing with Pluto in their own special way. 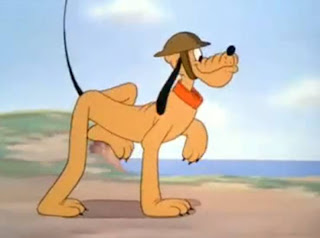 We’ve seen chipmunks before in the Disney shorts, but this seems like an early version of Chip and Dale. While Dale does not have his trademark red nose, the voices and mannerisms of the chipmunks will be very familiar to anyone who’s watched Chip and Dale shorts before. 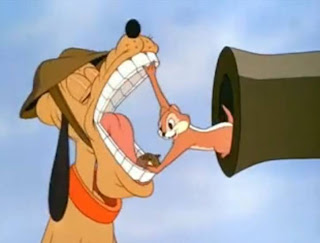 Most Pluto shorts involve Pluto as the mischief maker, getting into some kind of trouble. In this case, he’s the responsible one, not the one making trouble. It’s a definite switch, and to my mind, not for the better. Pluto works great as a little devil, swaying between his good and bad side. But as the hero? Not so sure. 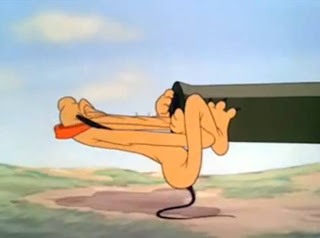 Chip and Dale have commandeered a cannon to store their nuts, and Pluto, told that there is a saboteur on the base, is sniffing around for them. The ingenious plan that the chipmunks have developed is to drop the nuts out of the cannon, then crack the shells by dropping the cannon on them. 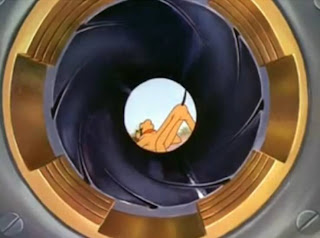 Sadly, that’s the main gag of the short, and it doesn’t go much farther. Chip and Dale stay in the cannon most of the time, and Pluto stays outside. Their interactions are limited to peeks out of the end of the cannon by the chipmunks or looks through the cannon by Pluto. 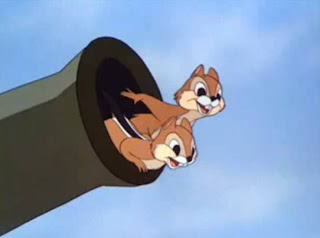 There are the requisite jokes of hitting Pluto over the head (three times), but for the most part, there’s not a lot of creativity to the short. It’s fun to see these characters together, but I would have loved to see Chip and Dale get more creative in their attacks on Pluto, or see Pluto weigh some truly awful things to do to them, just to spice it up. It’s a decent short, but not great.