South of the Border With Disney

The last film I’ll review from the year 1942 is kind of a strange beast. South of the Border With Disney is a film that was not supposed to be made. When Walt and his team traveled South to visit Latin America as part of the Good Neighbor Program, they took along a few cameras to film their experience. It was intended for this footage to be used as reference for the upcoming cartoons based on this experience. 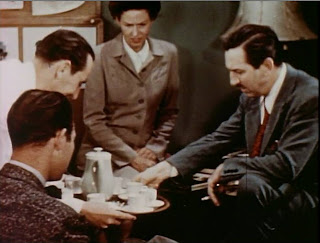 Instead, as Walt and his team began poring over the footage, they hatched an idea to create a travelogue that would document their experience. The government agency that sponsored the travels agreed, but didn’t think this would be a commercially viable film. It was decided to release this film as a short for the promotion of the Good Neighbor Program, mainly to businesses and politicians. 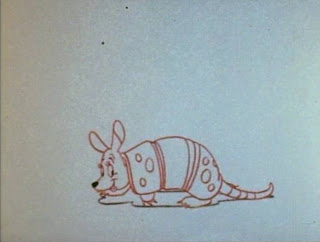 Despite the limited audience, Walt could not stomach the idea that he would release a film that was less than entertaining. As such, he began staging scenes to provide a connectivity to the live footage. Scenes shot in the “Brazilian” studio were actually done on the Disney lot, as were several other scenes, including the interiors of the plane. 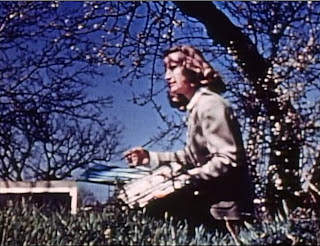 As for the end result, well, as you might imagine, it’s mixed. The key thing that is really great about this short is that we get to see a lot of the artwork and sketching that was done while Walt and his team were on this trip. Sketches of an armadillo or different pieces from Mary Blair are shown in the film, despite never being seen on screen. There’s even a short little piece of Donald playing a popular matchbook game that looks like it would make a great short, but was ultimately not used.

The main drawback to this is that despite Walt’s best efforts, it’s not amazingly entertaining. Sure, seeing the artists at work is fun, but there’s not a real story to the film. It is a travelogue, like watching someone’s slide presentation after their trip. While there are interesting tidbits here and there, nothing holds it together. 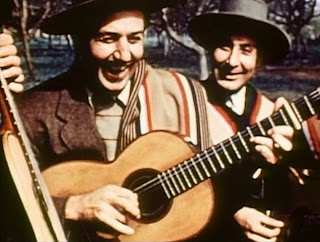 There’s no doubt that Walt made an effort to keep things entertaining. The mixture of footage from dances or certain gags play quite well. One in particular stands out from Chile, where Norm Ferguson is sketching Pluto for the local children. As the afternoon wears on, the sketches of Pluto become more and more sweaty and bedraggled, as does Ferguson himself. 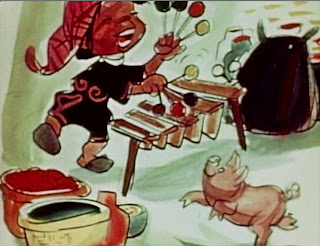 The problem is that bits like that are not there often enough. Instead, we get lots of background on the culture of the cities, etc., and little of the entertainment that was produced from them. Sure, the films that came later held that content, but the bright spots of South of the Border With Disney are the sketches and artwork, not the travel pieces. If you’re really interested in this period of Disney history, then by all means watch this short, but otherwise just catch Saludos Amigos and The Three Caballeros.