I started watching Figaro and Frankie with skepticism, because the previous attempts at incorporating Figaro (from Pinocchio) into the world of the Fab Five Disney characters were not great. When I started watching, though, I was struck by the fact that this was something I had seen before. Here was a black cat with white belly chasing a yellow canary – it was Sylvester and Tweety. 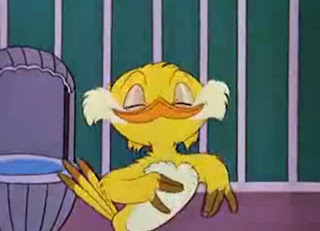 There’s no two ways about it. This is the exact formula that made Looney Tunes a ton of money – a cat chasing a canary, getting scared away by the homemaker. I immediately wondered how this could be. I mean, Disney wasn’t intentionally copying from Looney Tunes were they? A little more digging revealed something that was astounding. 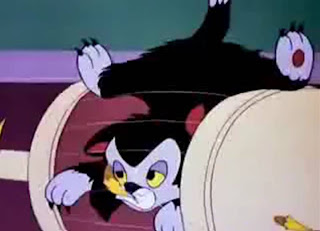 The first short that featured Sylvester and Tweety teamed up in cartoon was 1947’s Tweetie Pie, a short that would go on to win the Academy Award. That short was released on May 3, 1947. In the short, Sylvester “rescues” Tweety from the cold, is stopped from eating him by his owner and spends the rest of the short trying to get the canary out of its cage so he can eat the bird. 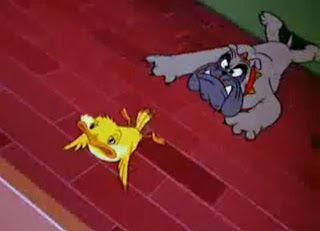 That was the short released on May 3, 1947. On May 30, 1947, Disney released Figaro and Frankie, where Figaro the cat tries to shut up Frankie the canary by getting him out of his cage and eating him. 4 weeks apart, Warner Brothers and Disney released nearly identical concepts, starring characters that had only been in a few previous films. There’s no way Disney could have known about Warner’s film, and I doubt that Warner knew about Disney’s. 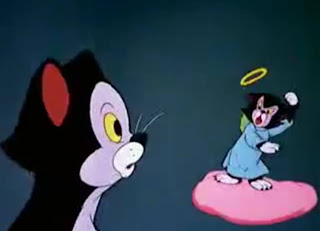 Now, Figaro and Frankie takes a significant detour towards the end, as Figaro gets thrown out for “eating” Frankie, only to see the canary survive and be menaced by Butch, the bulldog from the Pluto shorts. We get a typical angel on the shoulder moment when Figaro’s conscience shows up, but it’s nothing new. Figaro and Frankie is rather unremarkable and not that well made, but its curious