When you see a short titled Cured Duck, you might thing you want to barbecue something. And by barbecue, I do not mean grilling. These are two different things. But regardless, you would not correct, because this short is about curing Donald Duck’s temper, which is an infinitely funnier premise. 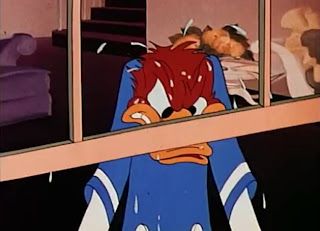 Daisy lays down the law in this one – Donald must cure his temper or she will no longer tolerate him and will not go out with him. While it sounds extreme, it’s not based on the completely insane tirade that Donald goes on at her house. When he cannot open the window, he literally destroys everything in sight. I have a temper. I have been known to destroy things on occasion. But next to Donald’s destruction? I’m an amateur. 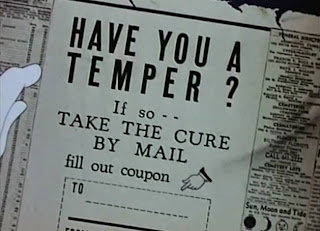 It really is a remarkable scene. Donald is tearing her home to shreds, but Daisy stands idly by and watches, with a cool detachment. Perhaps she sees her opportunity to reform Donald, but it still seems odd. Donald finds his center, however, when he runs into a newspaper ad that gives him the solution. He orders the crazy contraption and hilarity ensues. 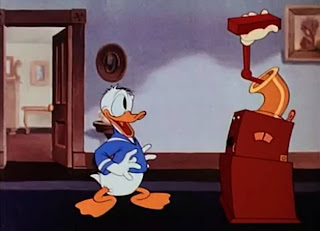 This is a familiar formula for Donald, but with the added twist of having some stakes involved. After all, we’ve seen Donald interact with a narrator telling him to control himself through the radio, and we’ve seen him struggle with machines in shorts like Modern Inventions. The difference here is that there is a true reward at the end of the day, which raises the stakes. 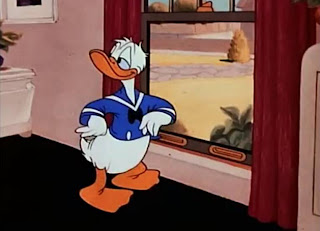 Testing Donald’s temper is a dangerous game, but it works here both in the literal sense and the comedic one. He manages to get things under control, which is to be expected. The true test is when he returns to Daisy’s house and has trouble opening the window again. He still manages to keep it together. 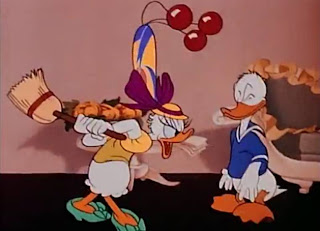 I won’t reveal the fun ending to the short, except to say that the way the animators displayed anger in this one gets put to good use. It’s a short that trods familiar ground, but does so in a nice way. I didn’t feel cheated or that things were too repetitive. Cured Duck ended up being fun, but not outstanding.