The Legend of Coyote Rock

In Canine Casanova, I bemoaned the fact that it’s difficult for Pluto to work, because he doesn’t speak, so the animators have to really stretch and make him act in order for him to be compelling. For The Legend of Coyote Rock, the story team at Disney found another way to have Pluto be the star of the show. They fell back on a tried and true method of having an outside narrator. 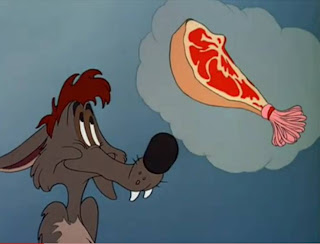 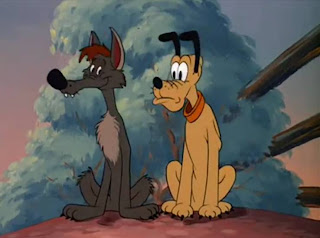 There’s also a foil for Pluto to play off of in the form of the coyote. The coyote is really the best character in the short, looking very much like a Chuck Jones Looney Tunes style character. He does some great comedic acting and interesting stunts throughout the short that make him compelling. I almost didn’t want him to lose, because he was quite funny. 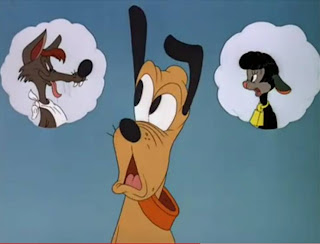 Pluto plays the protector in this one, something we’ve not seen much before. He usually is the mischief maker, which is always the most interesting character in a short. The coyote gets that role, as he tries to steal and eat the lambs under Pluto’s protection. The coyote pulls some simple tricks like shadowing Pluto or hiding behind trees. Despite this, Pluto still comes off as a devoted and strong protector. 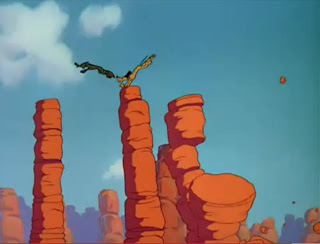 Making Pluto into a hero is quite a feat, considering all that we have seen him doing before this point. It’s done very well here, though, while still managing to keep the humor in the piece, mainly through the coyote. Here Pluto is protecting a little black lamb with a bell, whose character design is adorable. Seeing the lamb in danger makes Pluto the hero even more for protecting the little thing. 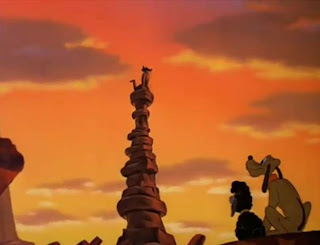 This short manages to toe the line between silliness and straight forward storytelling extremely well. It isn’t a problem to go one way or the other, such as the silliness of Duck Pimples, but combining the two can make for some really great cartoons. In this case it works beautifully, as we get the silliness of the coyote and Pluto trashing the landscape and the simple story of Pluto trying to protect the lambs. The Legend of Coyote Rock is a good example of Disney doing great work in mixing the two extremes.