Pluto is definitely not my favorite character in the Fab Five, no doubt about it. The problem I have is that he can be a great character if done well, showing fantastic emotion and movement in the animation. The problem, though, is that if it’s not done well, if any one piece of the equation fails, then a Pluto short can be pretty awful. 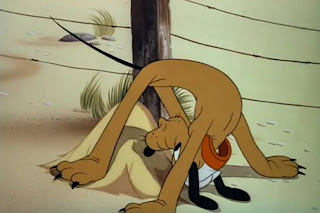 While Canine Patrol is not awful, it’s definitely not good. While the facial features and actions of Pluto, the animators did good work, but they were not given much to work with here. The basics are that a turtle shows up at the beach that Pluto is guarding, to keep swimmers out. Hilarity ensues as Pluto tries to keep the turtle out of the water. 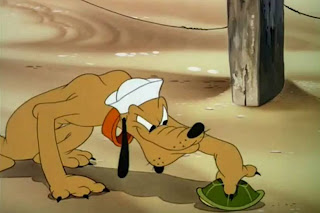 It’s a well trod path at this point in Pluto’s career to keep him vexed with a smaller animal. We’ve had puppies, chipmunks and now a turtle get in Pluto’s way, all with the same result. He gets upset, does some rather nasty things to the little critter, gets his comeuppance and then changes his mind. It’s predictable, which is the problem I had with Canine Patrol. 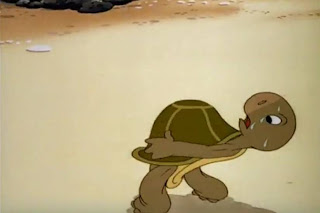 When you think of what might happen when Pluto encounters a turtle, it likely happens here. Pluto turns the poor guy around, so that he is headed the wrong direction. He puts him on his back, so the turtle can’t get up. Obvious gags, so I guess you could make a case they had to be in there, but they just don’t seem that entertaining in the course of the short. 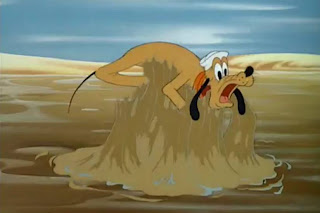 That’s a disappointment for a short that could offer different possibilities. After all, it’s not often that we get to see Pluto outside his comfort zone of suburban life, or farm life in his earlier career. Taking him to the ocean could have been a stroke of genius, but it just did not pan out the way I had hoped. 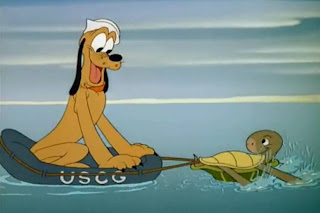 My problem is that there was humor to be had in Canine Patrol, but it never came through for me. The ending, with the turtle and Pluto both in the water, was sort of cute, but nothing in this short really made me laugh or smile. It was mediocre at best, and I hold Disney to a higher standard than that.