There are some situations that work for Donald Duck without fail. Finding new ways for Donald to get frustrated or put upon is the job of the story team at Disney, and in Old Sequoia, they find one that is unique, yet somewhat familiar. They also use repeat ideas from earlier shorts to make something a little new. 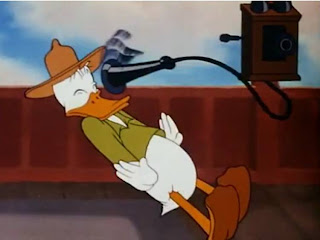 Setting up the premise of the short could have been a simple affair. Donald is trying to protect a treasured tree, Old Sequoia, from a pair of beavers who are eating and knocking over every tree in sight. Instead of simply taking Donald’s custodial duties as fact, though, we are introduced to them through a ringing phone that badgers Donald into submission. 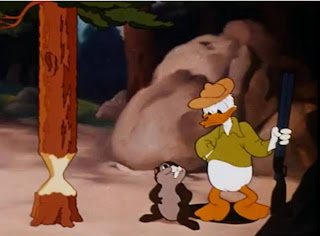 The idea of Donald being yelled at by an electronic device, be it a radio or robot is not new, but here we get the added benefit of it being his boss. Then we get the ticking time bomb of the beavers attacking the tree and the boss ordering him to answer the phone. There’s no possible way he can do both, and that makes things all the more interesting. 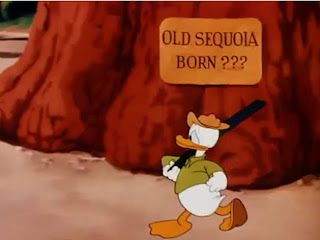 What makes me laugh so hard in this short is the treatment of the beavers versus the ringing phone. The beavers are not particularly menacing, although they do end up accomplishing their goal. Instead, Donald might have been able to fend them off if not for his boss calling all the time.

I have no way of knowing whether the phone device was the Disney artists commenting on the craziness of the corporate world or bosses in general, but it sure seems like it. The ringing phone takes the idea of a relatively simple Donald short and elevates it to something that is quite funny. On top of that, there’s some great visual gags that elevate the short even more. 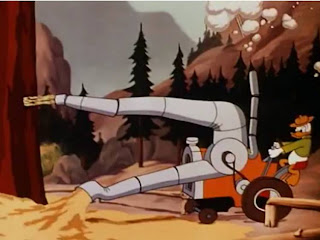 Little visual gags throughout the short are simply fantastic. When the beavers succeed in chewing out the tree, Donald props it up with branches and sticks, then puts the bark back on the outside. Truly a funny bit, but topped by the falling of the tree, when the leaves form a hand of sorts to take Donald and his park ranger shack over the top of a cliff. 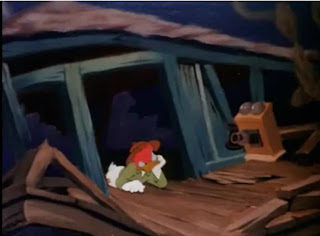 When Donald ends up underwater, steaming mad, you see his frustrations boil over after the phone rings and his boss fires him. Normally, I would pick on a Donald short when his anger doesn’t show up more often, but the set up here is perfect. Here’s a reason to delay, and it comes through perfectly here. Old Sequoia is a great short that shows some versatility to the old Donald Duck formula.