Ah, the age old gag of one of the Disney characters attempting to give an animal a bath has returned. In The Big Wash, it’s Goofy’s turn to take on this cliché, as he tries to bathe a circus elephant. It’s a deviation from the norms of Goofy’s “How To” shorts, and it comes of as a bit of a mixed bag. 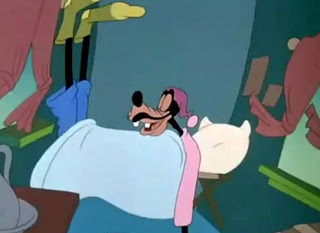 After all, in situations like this, we expect to see Donald Duck. He’s the one who would be able to properly express the frustrations and anxiety of trying to bathe a giant elephant. You would expect the garbled invective to flow freely from our favorite duck. Instead, we get the contrast of a cheerful Goofy meandering his way around the elephant and getting foiled at every turn. 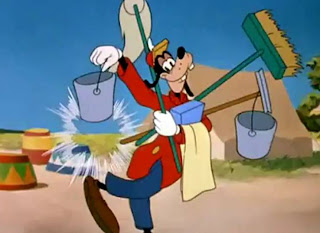 In a way, that’s what makes The Big Wash work. Goofy’s lack of irritation makes this humorous in a way that Donald could not. He smiles as the elephant fills his pants with water to the point of bursting, or as he ends up on his behind in the mud. Goofy is able to shrug it off and keep trying to wash Dolores the elephant. He even sings a song while he does it. 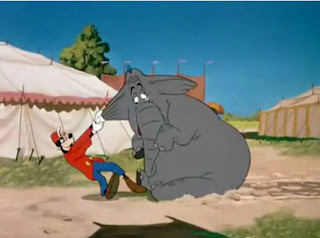 Where I felt this short did not measure up was in the gags. After all, we’ve seen Pluto try to avoid a bath before in a couple of shorts, and have seen his ways of getting out of it. By comparison, Dolores the elephant should have some very different and original things to try. Honestly, though, everything that the elephant tries is less amusing than it could be. 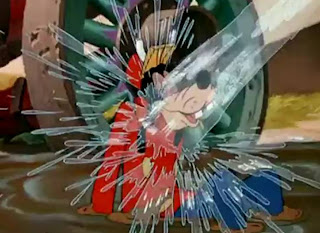 Goofy’s antics aside, it’s not a short that uses him to his best ability. Goofy works best when he is the foil to the narrator or is demonstrating some kind of every day idea. Goofy is the every man at this point in his career, and not many of us can relate to having to bathe an elephant. While well intentioned, The Big Wash comes off all wet. (I had to do it.)