The best short of 1947 is one that follows a familiar formula, but brings two little known characters to the forefront. Chip An’ Dale brings the chipmunks who have appeared in previous shorts to the front of the title card, right after Donald Duck. It’s an obvious attempt to establish the two as new characters in the Disney pantheon. As such an effort, it’s pretty darn successful. 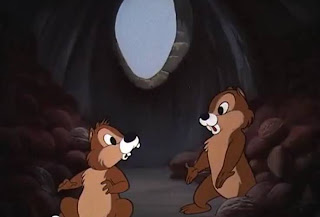 It should be noted that the Chip and Dale in this short are not entirely the same as they will appear in later shorts. Dale does not have his trademark brownish red nose, and the voices are a little harder to understand than they will be in the future. But he basics are there, and that’s a strong foundation to start from. 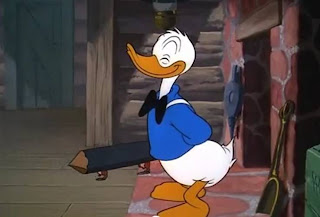 Donald Duck is the antagonist in this short, which is a role that suits him very well. After all, as we all know, Donald works best when he’s getting irritated or frustrated and his anger builds. We don’t see a slow burn here, because the short focuses so much on the chipmunks, but the interaction that Donald has with them is quality every single time. 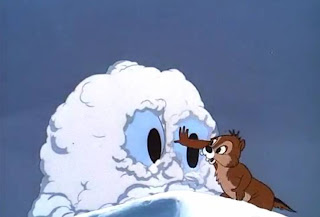 What I loved about Chip An’ Dale was the fact that both Donald and the chipmunks had a decent point of view. It was perfectly reasonable that Donald chopped down their tree, because after all, how would he know there were chipmunks living there? And of course, the chipmunks are just protecting their home, which is also very reasonable. The way that both parties go about their business, and the gags that result are really well done. 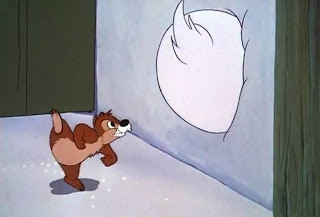 My favorite gag was the fight in the snow, where Donald peeps out of the chimney and throws the chimpunks off the roof, but there were many more. Dale’s determined efforts to kick Donald in the behind are also a highlight. It’s no wonder that this short reignited the Disney tradition of competing for Academy Awards, as it was nominated but did not win in 1948. Still, a fantastic achievement for Disney that established Chip and Dale as new characters for the company.