Mickey III - The Search For Sound

As I have mentioned, I watched the first two Mickey shorts, Plane Crazy and The Gallopin’ Gaucho, with the sound turned down, since they were animated without sound and then had the music and effects added later. With Steamboat Willie, though, it’s a bit of a different story. 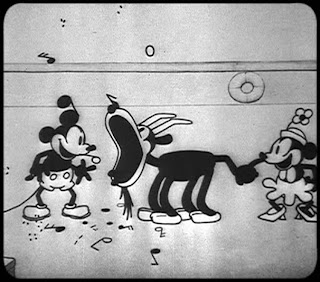 Walt was having trouble finding a distributor for his new series, even with the fine work that Ub Iwerks was doing with the character of Mickey. Remember, this is 1928, and even though the Depression had not yet begun, times were still a little lean. Walt knew he needed a different hook to make this new character work.

About midway through the production of the film, Walt and his remaining company, Roy, Ub, Les Clark, Johnny Cannon and Wilfred Jackson, set up a screening room with a sheet, and they went behind the screen to play music and add sound effects. The reaction from their audience, mostly family and friends, was outstanding. Ub was known to say later that nothing else in his life equaled that thrill. 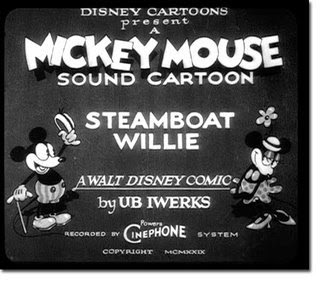 Looking to find a way to synchronize sound to his cartoons, Walt had to reach out and try to find different means of making sound work. Others had included sound in cartoons in the past, but none had synchronized the sound to the action on the screen. Walt found someone willing to work with him in Pat Powers, a New York businessman. Powers wanted his new Cinephone process to become the standard in sound, so he agreed to work with Walt in exchange for having his name and the Cinephone name on the title card.

On the way to New York, Walt stopped off in Kansas City, and met with his friend Carl Stalling. Walt convinced his old organist friend to write a score for Steamboat Willie, and left Plane Crazy and The Gallopin’ Gaucho with him while he headed to New York. 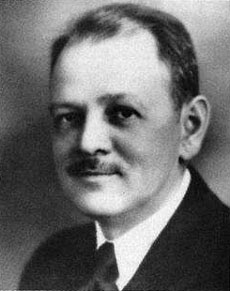 The first recording session in New York was a disaster, as the conductor could not synchronize the orchestra by sight alone. Broke and unable to fathom giving up on his new venture, Walt asked Roy to sell his Moon Roadster, and send the money to New York to finance a second session. This time, the animators were able to insert a small flashing dot in the corner of the print, synchronized to the beats of the score. It worked perfectly, and the synchronized sound cartoon was born.

Walt booked the cartoon into the Colony Theatre in New York, still without a distributor. The audience reaction sealed the deal. People immediately fell in love with Mickey, and a star was born. But how is it, with the benefit of having seen everything that came before? Stay tuned.