The Pelican and the Snipe

During the South American trip that we spoke about extensively on this site, Walt and his team developed dozens of ideas that did not make it into either Saludos Amigos or The Three Caballeros. Some of those made it into other shorts, like Pluto and the Armadillo, and some were developed all the way into longer pieces for a package feature. The Pelican and the Snipe is one of the latter.

Originally intended for use in a package feature film, this short was created as the Uruguay portion of the South American film series. To that end, the short is set outside of Montevideo, Uruguay on top of a lighthouse, and features a pelican named Monty and a snipe named Video, or Viddy, as he’s referred to in the short. 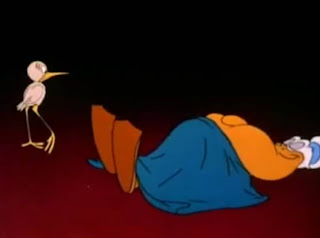 Monte has a serious problem, but he is unaware of it. Every night, Monte has a tendency to fly in his sleep, but his steadfast friend, Viddy, keeps track of him and makes sure that he doesn’t get into too much trouble. The gags explaining this are flat out hilarious. Several times in the short, the action is stopped to show just how close things are to disaster. One of these is right at the beginning, when Viddy pulls Monte’s beak up to avoid crashing into the rocks. 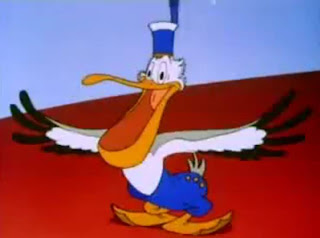 The issue that comes up is that Monte is completely unaware of what he is doing. When he wakes up in the morning, he’s fit as a fiddle, and can’t understand why Viddy is always sleeping. Now, why Viddy doesn’t just tell Monte what’s going on, I’m not sure, but it’s a fantastic set up for comedy. 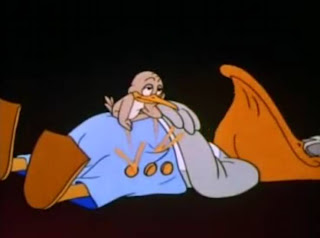 Viddy tries several solutions, including tying Monte to an anchor. When Monte manages to slip free and ends up at the bottom of the ocean, he gets angry and kicks Viddy out of the lighthouse gang. The great part of this is how emotional this piece is, because every other part of the short has been emotional, and now there’s this division between the two friends. Viddy begins crying, and it’s simply moving. 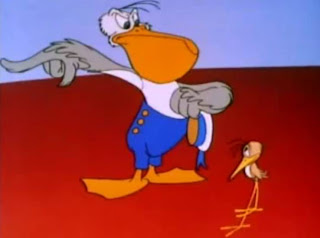 I have to say, though, what makes this work more than anything else is the narration by Sterling Holloway. Best known as the voice of Winnie the Pooh, Holloway tells the whole story, which could be a bit of cheating, as most animation is designed to show, not tell. It really works here, though, because Holloway is able to convey all the emotions of Monte and Viddy, without either of them having to speak. 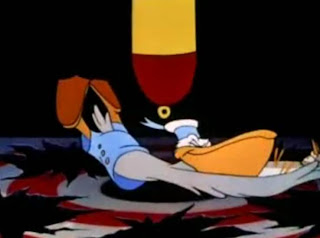 With Viddy gone, Monte begins his sleep-flying again, and when he’s awakened by a nearby plane, he realizes what he has done to poor Viddy. He arrives to find Viddy just in time before bombers practicing their trade blow him to smithereens. There’s a final scene where we see that Viddy has solved the problem, and the two friends are back together again.

I could not find a single thing wrong with this short. It is touching, heart warming and very funny. I’m actually surprised this was the first time I have seen it, because it’s so good. Definitely seek this one out if you can.