Leonard Maltin says it best when he talks about Victory Through Air Power in the introduction to the film on the Walt Disney On the Front Lines DVD – this is “the most unusual feature film Walt Disney ever made.” There is no better description of a an animated feature that is designed as entertainment and propaganda, but was truly designed for one specific purpose.

During World War II, the United States was not the super power that it is today. After Pearl Harbor, Roosevelt had to ramp up war production very quickly, building war ships, landing craft and airplanes at a manic pace. Hence, the scrap metal drives and other rationing that we saw referenced in previous shorts. 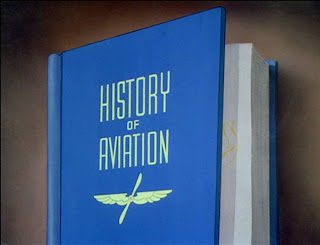 There was some debate, however, over what the priorities should be. In Victory Through Air Power, Walt joined this debate, siding with Major Alexander P. De Seversky, a Russian born aviator who had come to America. Seversky had written a book that Walt read and thoroughly agreed with, and decided to make a movie with the same name. This is that film. 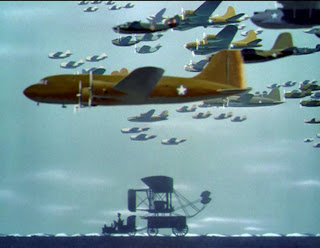 The central thesis of the film is that America cannot win the war in the Pacific without long range bomber planes. Not exactly the stuff of fairy tales, is it? And it’s certainly not the kind of material you would expect from Disney. The story of how Nazi Germany gained air superiority is a brutal and tactical sort of story.

Despite starting from that point, Victory Through Air Power is surprisingly entertaining. It helps that I am a World War II buff, and really love reading and learning about this transformative period in American life. This film digs deep under the surface of what we have been taught in history books, and shows how and why World War II was such a struggle.

The first section of the film uses the familiar device of opening a book to reveal history. It’s been used several times in the Goofy shorts, but here it is to reveal the history of aviation. From the Wright Brothers all the way through the present day of 1943, the 40 year history of manned flight is animated on screen. It’s a remarkable achievement just for that alone, because there are so many things to describe.

This part of the film is more typically Disney. There are gags, characters, repeated themes and similar uses to what we saw in Reason and Emotion or some of the other wartime films. It is when Seversky’s book is introduced that Victory Through Air Power takes a surprising turn.

The rest of the film is an outline of what Serevsky talks about in the book, showing how Hitler gained sway over Europe through the use of air power as a shield for his blitzkrieg tanks and ground forces. The bleakest and most brutal illustration of this is when the conquering of France is shown, as the Germans overwhelm the famed Maginot Line, the huge defense fortifications that France erected after World War I. After a quick destruction, the shot shows a little bird nesting in the remains of a cannon. It’s a stark image, but very true to what happened. 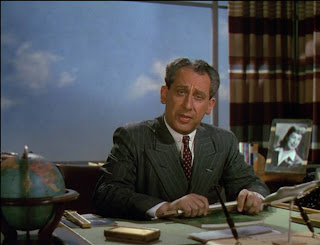 Interspersed with the animation is Seversky himself, shot in an office setting, much like Walt would be in later years during the set up for the Disneyland TV show. Seversky talks through the theories and facts that make up his thesis – that America can only win by developing long range bombers that will bomb not only Germany, but especially Japan. 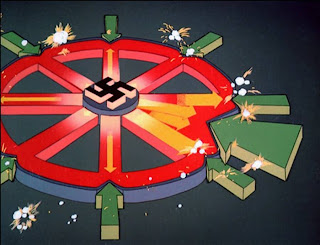 It’s a very effective piece of work in that regard. When watching the film, it’s very easy to buy Seversky’s argument, as you see positions explained in very simplified terms, like Hitler’s position as the hub of a war machine “wheel,” for example. In this way, Walt and his team simplified Seversky’s highly technical writing and made it palatable.

The imagery is fantastic, though. Even though the animation is not “feature quality” by any means, it was done by some of the top animators at the studio. Ward Kimball, Bill Tytla and others were featured in this film. There is some limited animation, but the depth of the images and the choices like the climax of the film, where an American eagle attacks an octopus meant to symbolize Japan, are sometimes stunning. 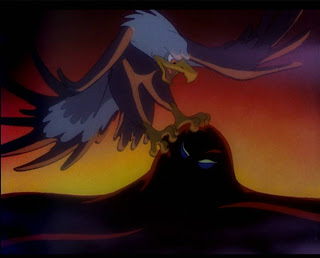 Ultimately, the film achieved its purpose. Winston Churchill saw it, recommended it to FDR, and the United States did build long range bombers. It’s just something you would never expect from Disney. However, it shows the way that Walt would throw his passion into certain projects. This film didn’t take years of development, because doing so would have made the film irrelevant. This is a film that Disney film buffs need to see, not only for the history of it, but it’s not that bad, anyway.