For someone who was not around during World War II, Victory Vehicles is a great example of how the war affected the United States at home. Because of the need to ramp up war production rapidly, Americans were asked to give all sorts of items back to the government. Gasoline, rubber and metal were all rationed, making automobile travel much more difficult. 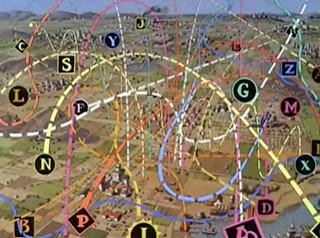 The Disney team recognized that there were some great comic possibilities with rationing, and responded appropriately. Using their best character for “explaining” things, Goofy was called upon to star in Victory Vehicles, a short that lauded the creative ways that Americans were getting around the gas shortage and finding new ways to commute. 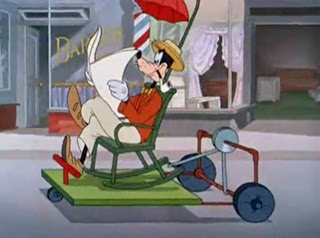 This short is filled with gags, one right after the other, and even though they are all variations on a theme, they’re still hilarious. We get to see an astounding assortment of vehicles created by the Disney team, each with Goofy serving as the passenger. This isn’t the first time we’ve seen multiple Goofs, but it probably is the most effective. 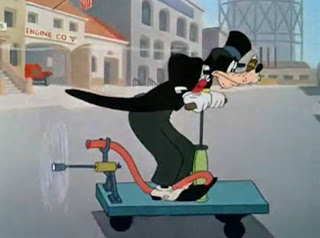 Some great examples of the various vehicles are the running foot car, where Goofy starts a unicycle of sorts with shoes around the wheel, then sits on the bicycle seat and reads a book while the shoes keep moving. That’s a favorite of mine, because I’d love to be able to read while traveling.

There’s also the great golfing vehicle, where a “wheel” of golf balls is attached to a tuft of grass, and Goofy swings to drive the ball, turning the wheel. Then, as he gets closer to a parking spot, Goofy has to “putt” in order to get the vehicle into a parking spot. It’s a pretty classic piece of animation. 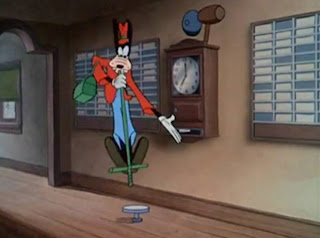 The ultimate decision of the short, however, is that we should all switch from cars to pogo sticks. The beginning of the short features a song “Hop On Your Pogo Stick” that comes back at the end to highlight the pogo stick as an alternative. The creative lyrics and visuals showing pogo hopping Goofys are fantastic. It’s a perfect marriage of subject and song. 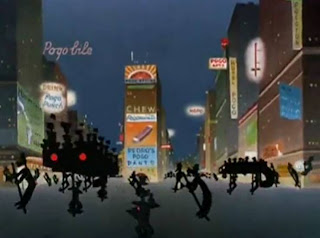 Victory Vehicles is a fantastic short because it takes several viewings to really get the full impact. This is a short that has political commentary, fantastic gags, music and more. It’s an example of how Disney did some fantastic work during the war, even if other efforts were more uneven.