Of all the wartime shorts that we have looked at so far, Reason and Emotion is the one that is the best, because if you really look at it, it has everything that a short like this should have. There is great comedy, fantastic animation and layers of meaning that has all sorts of meaning, even today. 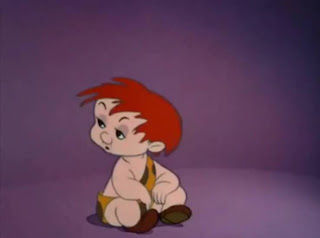 It’s a simple idea, as the best shorts are. The animators take us inside the head of the average American, demonstrating the balance between the hot-headed emotion and the calm and measured reason. It begins with showing emotion in charge as the person is a baby, but as the baby allows emotion to carry it down a flight of stairs and get hurt, reason shows up. 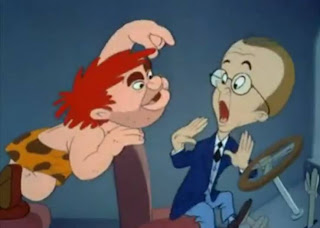 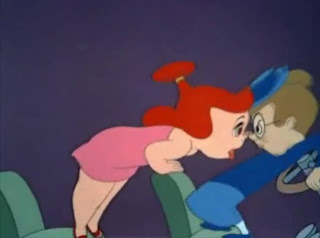 The thing that struck me about this is that popular culture depictions of men and women and what is driving them has not changed all that much in the intervening 60 years. Think of your favorite sitcoms, and are the men still easily distracted by women? Yes, they are. Are the women worried about what they eat, and always indulging in ice cream after breakups? Sure are, aren’t they? Things have not changed too much.

It’s a clever twist, then, to take that cultural stereotype and the light humor of what reason and emotion are doing to that point in the short and then apply it to Nazi Germany. Leaving the mind of the average American, and heading into the mind of a German, the animators try to show how things are different when emotion leads the way. 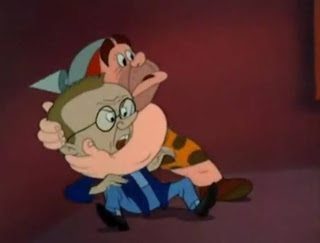 Adolf Hitler is shown manipulating emotions, playing on fear, sympathy, pride and hatred in order to drive the response he wants. Emotion completely overwhelms reason in the German mind, and propels the German to devotion to Hitler’s cause. Again, the parallels with current times are frightening. Think of how politicians of all stripes will use fear or sympathy to influence your vote. 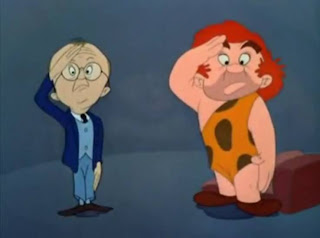 Reason and Emotion is an amazing piece of work to me, because if you replaced Hitler with a different politician or updated the clothing, it would still hold up. It’s remarkable in one sense that things have not changed, and even more that America continues this struggle between reason and emotion. It’s a fantastic piece of work that deserves to be studied.