How To Be A Sailor

I’ve made no secret of my intense love for the Goofy “How To” shorts. The creativity of the Disney artists to make Goofy over from a side character in the Mickey series into a star of this series is unmatched. Translating that into wartime could have been a difficult task, but it ended up working well in How To Be A Sailor. 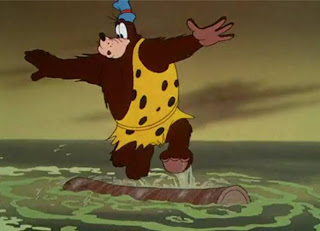 Just like in other shorts, such as The Art of Self Defense, the story of that art is traced from the beginning of time forward. Here, we get to see man’s first trip on the open water, in the form of Caveman Goofy stumbling onto a log in a river. 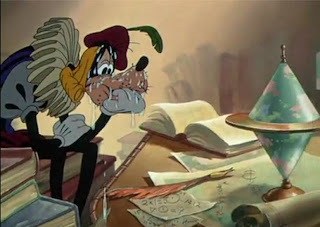 From there, things progress quickly through the ages. One of my personal favorite scenes in any Disney short is when Goofy lashes himself to the mast of the ship, as was customary during the old maritime days. Watching Goofy’s face as he gets constantly splashed and nearly drowned with water is just priceless. The comedy is amazing in this short, as it is in nearly all the Goofy “How To” shorts. 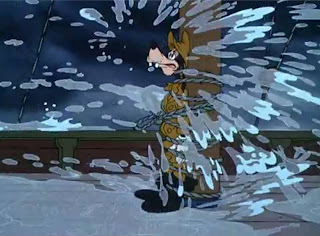 That’s one of the things I love about these shorts, is the seamless blend of animation acting and comedy that takes place. As each one progresses, we get a new and better acting performance from Goofy as the animators start carving out different personalities for the multiple Goofs. Caveman Goofy is not the exact same as the sailing ship Goofy, but you can still tell that each one is Goofy. 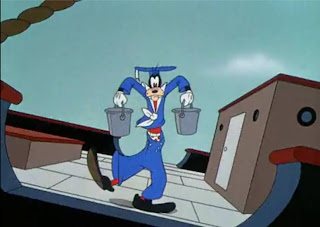 The natural end point for this is for Goofy to join the new US Navy that is part of the World War II fleet. We get to see the Goof in his bed below decks, not only as the sailors but decked out in the most ridiculous commanding officer outfit you have ever seen. 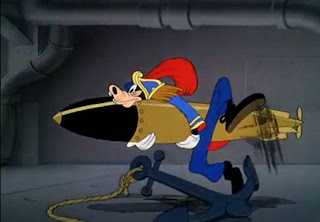 In a hilarious final sequence, Goofy drops the torpedo and ends up in the torpedo tube himself, and is shot across the ocean, downing Japanese ships by the dozens. It’s a great climax to the film because it incorporates the war propaganda message as well as staying true to the spirit of the “How To” shorts. How To Be A Sailor accomplishes both of those goals with ease, and that makes it worth a watch.