My love for Goofy is well known. He is my favorite of the Fab Five Disney characters, and always has been. I love Donald and Mickey as well, but Goofy is the one whose shorts I enjoy watching the most. Much of that comes from the format and fun of the “How To” shorts, where the narrator describes the crazy antics that Goofy is doing on screen. 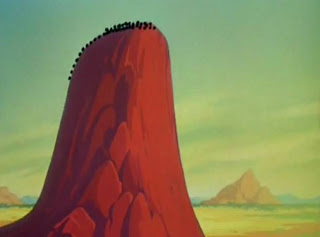 African Diary takes a little twist on that, this time casting the narrator as Goofy himself, with the words coming from his diary of an African safari. It’s an interesting choice and I’m not entirely sure how I feel about it. You would think this twist would add comedic value to the short, but it doesn’t. 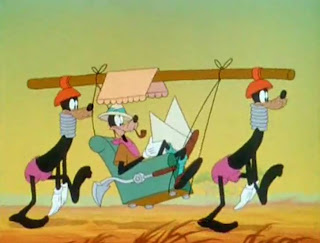 Lots of fun bits are contained within African Diary, however. It’s another short that substitutes multiple Goofys for men. Every character is some form of Goofy, from the lead of the safari to the “natives” who carry him around. That makes it much easier to avoid any racial stereotypes that were contained in past jungle/African shorts. 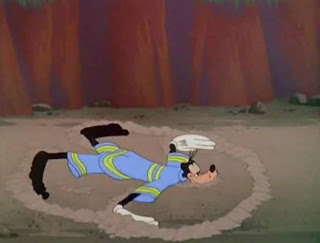 There’s no bit that stands out as laugh out loud funny in this short, and I guess that’s the problem I have with it. There are some fun pieces here and there, such as the shots of the entire safari rolling by and stopping suddenly, or the nocturnal visit of Goofy to the watering hole. But by and large, nothing stands out. 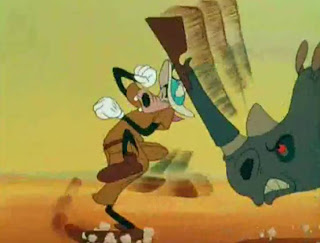 The real capstone to the cartoon is supposed to be the ending, where Goofy finally spots a black rhino and attempts to shoot it. I say “attempts” because his efforts are not very successful, and he ends up being chased out of Africa by the rhino. That part is funny, but the rest falls flat. 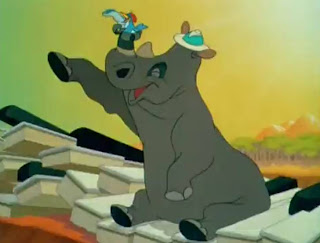 We don’t get to see Goofy doing some of the crazier stunts that he has pulled in his “sports” films. That’s the disappointing thing with this and Tiger Trouble, the last Goofy short. Both ended up with Goofy in the jungles, and it’s not a good fit for him. I’m hoping there will be more Goofy shorts in the urban jungles in the years to come.