I said it before and I will say it again – Donald works best when he is angry. In Donald’s Crime, he isn’t angry, he’s guilty. If you have been following Donald for a while now, you know that guilt is not an emotion that comes naturally to him. That dissonant fact leads to a disjointed short. 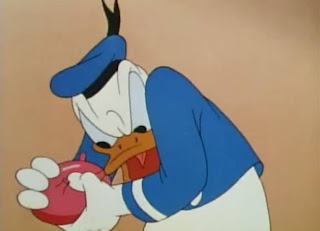 The premise is that Donald needs money for a date with Daisy, but he’s completely broke. So, in a fit of evil, he breaks Huey, Dewey and Louie’s piggy bank and steals their money. If it sound despicable, that’s because it is. But Donald is supposed to do despicable things, right? That’s his modus operandi. 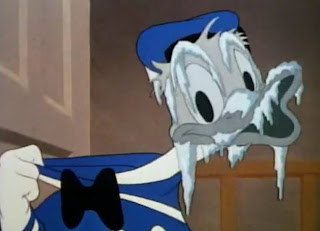 So what I expected from the short was for Donald to have to sneak around and nearly get caught several different times. In a sense that’s what happens, but the execution is a little flawed. Donald puts the boys to bed, runs off to his date with Daisy and has a swell time. There’s a fun bit of dancing there that will be familiar to anyone who watched the original Disney Channel in the 80s. But then, as he leaves Daisy at her door, he starts to feel the guilt. 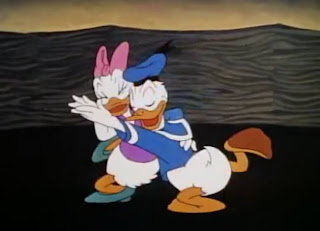 The animation and inventiveness of this sequence is really top notch. Whether you agree with the story choice or not, you have to hand it to the artists who did this work. Donald changes from a man on top of the world in a nice suit to a trenchcoated gangster. Then, he makes his way through the city in a surrealist fashion, leaping from tall buildings only to land near another, clawing for safety and ultimately failing. 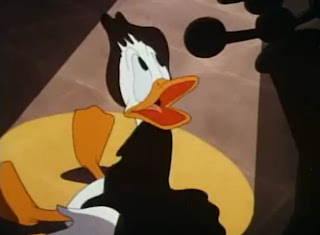 He ends up repaying the boys by staying out all night at a café and becoming a dishwasher for the evening. It sort of makes you wonder why he couldn’t have done that in the first place. The whole thing seems just a bit off. I can easily imagine a short where Donald steals the money and tries to misdirect the boys from finding out. 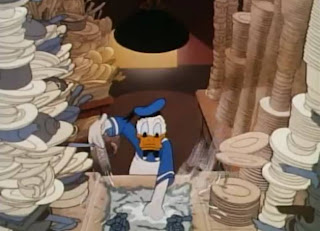 Again, the issue is that Donald doesn’t get angry in this one, except to snap at the boys before they find out. I have no problem with him feeling guilt, but it needs to be channeled appropriately for our amusement. Lately in the Disney shorts of 1945, it seems that the artists and writers lost sight of what made their characters unique. I’m hoping that changes going forward.