Pluto is a difficult character to get right. If you are doing a Pluto short, you have to have humor, but also have some sort of compelling story. After all, the title character doesn’t speak, so the animation has to convey emotion and carry through some sort of thread in order to make the short work. 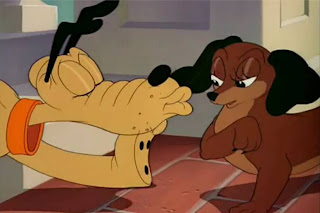 Canine Casanova was not one that worked for me. Pluto as a dog is definitely one who follows his impulses, so it makes sense that he chases after a dachshund named Dinah after passing her on the street. The problem I have with the short is that it just did not hold my interest beyond that simple premise. 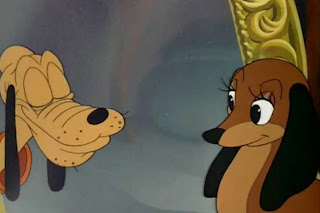 The first half of the short is just a simple “hard to get” formula. Dinah continually rebuffs Pluto’s advances in a variety of ways. I give Pluto credit for continuing to try. It’s not until Dinah gets captured by a dogcatcher halfway through that things become somewhat interesting. When Dinah is thrown in the pound with other dogs, she suddenly realizes that Pluto is not so bad. 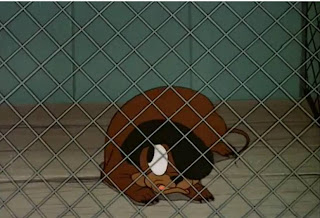 There should be more tension in Pluto’s rescue mission when he breaks Dinah out, but instead it falls flat. Despite a loaded gun in the lap of the dogcatcher, there’s never a moment where you feel like Pluto’s in real danger. Even his comedic twists and turns to try and make it to the cages don’t seem that funny. 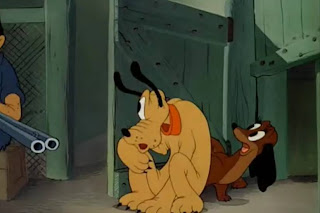 I could possibly be too harsh on this short, but it doesn’t feel that funny to me. Pluto’s actions are predictable and don’t really hold my interest. Dinah as a new character doesn’t have anything that makes me care about her predicament. When the situation is resolved, and Pluto finally gets his kiss from Dinah, I was happy for him, but the short itself did nothing to make it enjoyable. 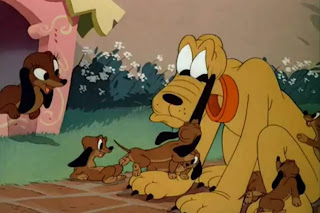 This is different for me, because I really like Pluto. Some of his shorts are very, very entertaining, especially when he’s playing the foil to Mickey or Donald. Solo, however, it takes a lot of work to make Pluto a funny character. I just didn’t see that in Canine Casanova.