This post was written last year, scheduled and ready to publish, but in the crazy job stuff that overtook my winter, it never went up. Rest assured, the short was watched in order. Thanks to commenter nickramer for pointing out that I missed it.

Another day brings another iteration of the “narrator says the proper way to do things while the character does it another way” humor. Seems like all the Disney shorts from 1944 have featured that model. Again in this one, it’s Donald Duck as the star, as he builds a plane in The Plastics Inventor. 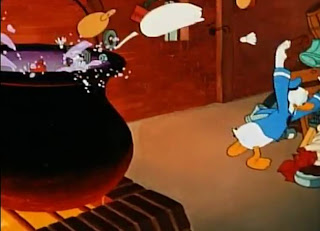 In all fairness, the gag used in this short is one that Donald has used before. In older Donald shorts, we saw him getting instructions from the radio, and that is the same process used here. The plastics instructor on the radio is teaching Donald how to make a plane out of plastic, by throwing his junk into a pot and melting it down, then baking everything. 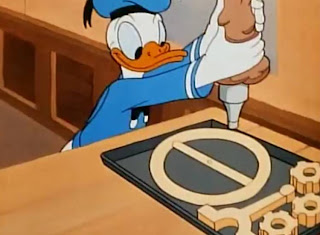 The comedy in this one is quite inventive, even in the early sequences where Donald is making the plane. The sight of a steering wheel or gears being made like Christmas cookies is pretty amusing. The whole process of creating the plastic is turned into a great gag, even down to Donald pouring some plastic on his head and baking it into a helmet. 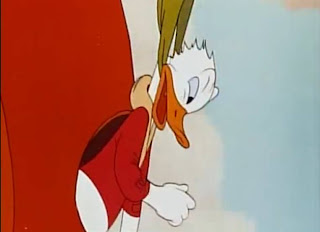 When the plane is out in the air, though, that’s where the real fun begins. Somehow, Donald takes the radio with him, even though I don’t believe that wireless radios existed in the 40s. As Donald puts the plane through its paces, the radio reveals one fatal flaw: you can’t get it wet. 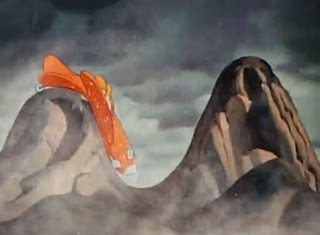 There’s some fantastic humor in this short from that point forward, with the plane steadily melting. Seeing Donald go through his paces trying to keep things together and not fall to his doom is beyond hilarious. There’s no real way to describe all the things Donald has to go through trying to stay aloft. 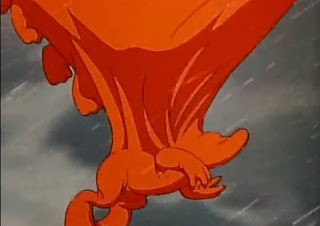 This short would be one of the last (possibly the actual last) featuring Carl Barks writing Donald’s adventures. Barks would turn to creating the Donald Duck comic books in the years to come, and would create a lasting legacy as one of the masters of comic book storytelling. His mark on Donald is widely remembered from the work he did on the comics, not in the shorts. But it cannot be underestimated how much of Barks is contained in these shorts.