There are a lot of things you can say about Disney cartoons of the 1940s. Some will say they are not as exciting or fast paced as the Looney Tunes. Others will note the lack of dynamic animation as compared to the early Mickeys. But usually, there has not been a criticism that Disney’s cartoons were derivative. 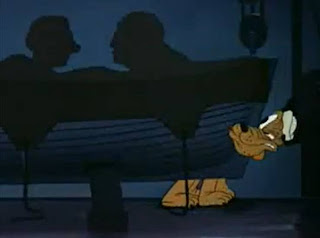 With Dog Watch, I feel like Disney took a concept that was working elsewhere and applied it to one of their characters. MGM’s Tom and Jerry cartoons cast a mute furry animal chasing a mouse around, trying to prevent him from eating the food. In Dog Watch, a mute Pluto chases a mouse around a naval ship, to prevent him from eating the ship’s stores. 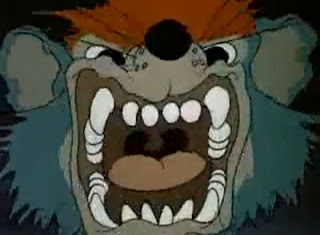 I’m not saying that the Disney artists stole this from Tom and Jerry, but watching this short, it did not feel like a Disney film. It didn’t even feel like a Pluto film. The best Pluto films have always involved him straddling the line between good and bad, and trying his best to make the right choices. This one featured none of that. 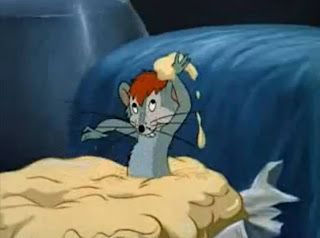 Pluto is left on watch on a ship, while the sailors go to shore. This is of course a set up for trouble, as almost the minute that the ship is abandoned, the mouse shows up. It’s a fun set up, though, to have Pluto be intimidated by the mouse. It all happens when Pluto roars at the mouse, but the mouse roars back. Very funny stuff. 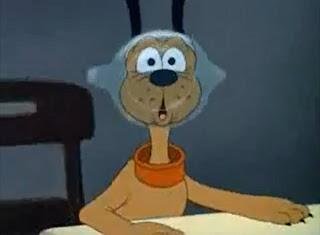 There’s not a great deal of follow through, however, and that’s kind of the problem. No moment stands out from the short after that exchange of anger. The mouse proceeds to go in and start the old “stroll around the table and eat a bite of everything” routine. Like I said, we’ve seen this before, and it’s occasionally funny, but this time it just seemed routine. 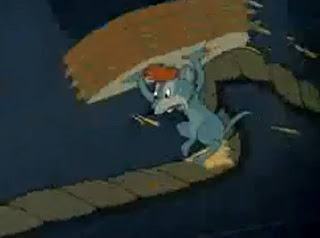 The ending comes quickly, as Pluto trashes the table, gets caught by the sailors, and then has to try and save face. He gets redemption by shaking the mouse off of a rope line, but by then it’s too late to salvage the short. While Dog Watch is not a bad idea, the execution does not come off well.