So, today is a brand new day. The last four months of mainly Alice shorts with Julius and pals are behind us, and we’re ready to meet a new character with new attributes and….(mimics Jon Stewart on the Daily Show)…what’s that? Oh, we’re not moving on? We have another short to review before Oswald? Okay.

Yes, ladies and gentlemen, it’s the review that you have all been waiting for – Clara Cleans Her Teeth! Hold your applause, please. Yes, it’s the long awaited sequel to that thrilling Kansas City classic, Tommy Tucker’s Tooth.

In all seriousness, this is a Walt Disney film, so it’s on the site, but it’s relatively minor in the scheme of things. I’ve seen conflicting reports on when it was released, between 1926 and 1927, so I decided to hold it off until we finished the Alice series. But, now it is time for youth indoctrination through dental care. What do I mean? You’ll see. 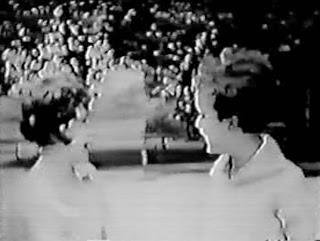 The story begins as young Clara ventures to a schoolyard or playground, I’m not really sure which. There’s an adult present, so I assume it’s a schoolyard, but it’s referred to as a playground later in the short, so who knows? She is invited inside to play, which she does vigorously, working up an appetite. The children are then forced to sit at a long table, laid out with linens, and consume crackers/cookies and milk.

Clara, as all good little kids do, starts chomping down, shoveling the cookies in and guzzling the milk like crazy. The other kids tell her to slow down, but she ignores them. Then, the teacher/supervisor/Nazi youth instructor lines the kids up side by side, and gives them each a toothbrush, which Clara regards with puzzlement. 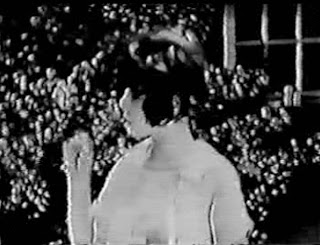 Then, in a display that is both humorous and disturbing, the kids start brushing in unison as they sing a song about brushing their teeth. How they can sing while brushing is not addressed, but the logistics boggle the mind. Clara of course, is not participating, and the kids begin harassing her for her filthy teeth, leaving her with only one friend to comfort her as the others leave. 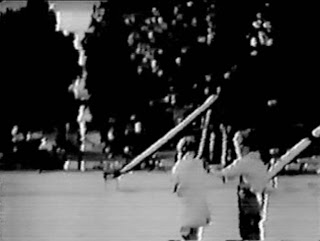 Later that night, at home, her teeth continue to hurt as she’s eating, and her parents sentence her to a dentist visit. She reacts like it’s a death sentence and is sent to bed for the evening. In her dreamlike state, she is visited by the spirits of a toothbrush, cup and some other dental implement, which is the only animated content in the short. It’s also freaky. Clara wakes up scared, as would I. 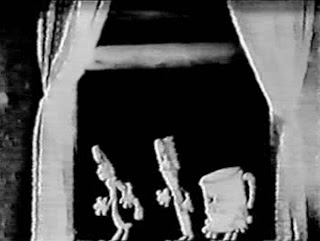 After several subsequent visits to the dentist, she emerges with a clean bill of health. Clara rejoins the children in the schoolyard and becomes indoctrinated in the brushing cult, to the delight of her schoolmates. She even joins in the singing while brushing. 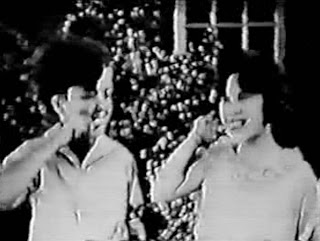 Alright, so this short isn’t that insightful as to who Walt is or the evolution of the studio’s animation, but it is unintentionally funny. I mean, the mere idea of kids lining up to brush in the playground is quite the sight, not to mention the phantom toothbrush visit. It does demonstrate, however, the way that Walt would continue to produce educational films as he got more and more secure, including the Jiminy Cricket “I’m No Fool” series and classics like Donald in Mathmagic Land.
Posted by Ryan at 3:51 PM