The Flying Mouse is, on the surface, an unremarkable Silly Symphony. It doesn’t feature any real recurring characters or new innovations in animation. But there are things in this short that make it one of the most interesting Silly Symphonies I have seen yet.

Let’s start with the story. The basics are this: a young mouse, who yearns to do something different, tries to fashion some wings for himself. In the process, he ruins his family’s day, and becomes dejected. As soon as he does, though, he sees a butterfly being menaced by a spider, and comes to its rescue. The butterfly turns out to be a fairy, who grants the mouse’s wish to fly. 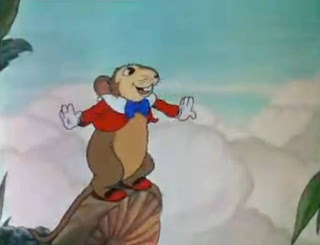 The granting of the leathery wings, though, does not solve the mouse’s problems. His new flying self is not accepted by the birds, and scares away his family. He gets mocked by a group of bats for not being a bat or a mouse, and ends up going away crying. His tears bring the fairy back, and she removes the wings, sending the mouse running back for joy to his mother. 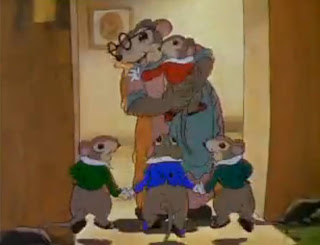 Does anything about that story strike you as odd? Walt Disney, a man who came up in the world wishing to do something different, to take flights of fancy, if you will, puts out a cartoon saying that such wishes might not be good? The basic message of the short is that you should stick with what you know, and not wish to be different. That just seems very different from the normal message of Disney films to this point. 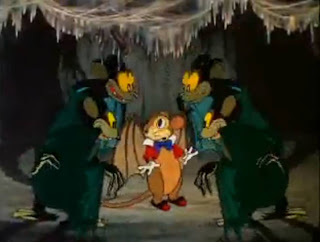 As I watched the short, this was the thing I could not get over. How would Disney agree with such a thing? After all, this was still 1934, and Walt was heavily involved in the production of the shorts. Sure, I imagine he was not as hands on as he might have been earlier, but this seems directly in conflict with Walt’s values of wishing upon a star and reaching for new ideas. 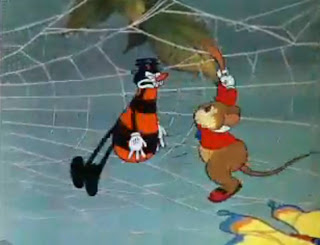 That conflict is hard to resolve, but should not obscure other interesting things about the short. For example, the fairy in this short is the predecessor of later fairies we will see, such as Persephone in The Goddess of Spring or the Blue Fairy in Pinocchio. It’s a nicely drawn human figure, and shows Walt’s boys thinking ahead. 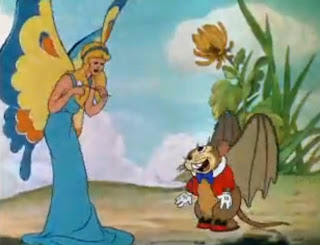 There is also the mouse character. The main character is a familiar design, and will be used again later in Disney shorts. It’s a different design than Mickey, and the first real 3-dimensional mouse seen in the Disney films. It will be used later in The Country Mouse short, if I’m not mistaken.

I have not said yet if I like or dislike this short, and that’s because I can’t make up my mind. The animation is good, the song “You Ain’t Nothin’ But A Nothin’” is also good. But the message of the short leaves me stunned, and I find that hard to get over. Give it a watch and see what you think.