The Grasshopper and the Ants

I’ve said before that there are so many Disney shorts that sometimes it becomes mundane to view them all, day after day. That was part of the point of this project, to see everything, so I can tell what was important, what was a turning point, and what was something we should watch over and over again. I have to say that The Grasshopper and the Ants is all three of those things. 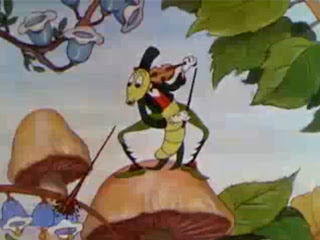 This short is probably one of the finest Disney shorts ever made. Definitely one of the top ten. It is entertaining, inspirational and extremely fun. The characters are realistic, the animation is top notch, and the story is superb.

If you don’t know the basics, there is a grasshopper who hops through the forest, playing his fiddle and enjoying life to the fullest. He even sings a song, “The World Owes Me a Living,” that reflects his world view. Everything in his life is owed to him by the world at large, thus, he does not need to look to the future. 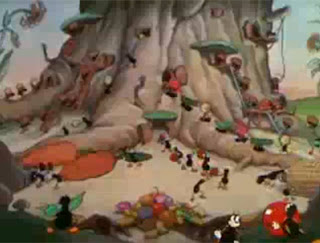 This does not work well with a colony of nearby ants. When the grasshopper distracts one of them from preparing for winter, the queen of the ants gets quite upset and tells the grasshopper that he will suffer that winter. The grasshopper isn’t convinced, to say the least. 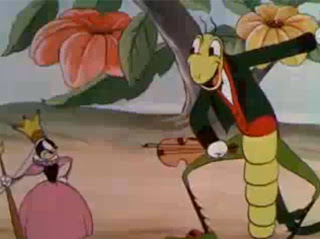 Of course, though, winter comes around, and the grasshopper collapses outside the ants’ tree. The ants are busy inside making merry with all the provisions they gathered, but they take time to take in the grasshopper and warm him up. The queen chastises him, but lets him stay if he’ll entertain them with his fiddle. 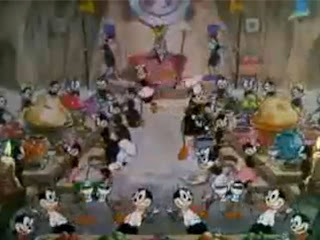 It’s a fabulous story, with a great moral and well drawn characters. The grasshopper is voiced by Pinto Colvig, who would go on to become the voice of Goofy, and the theme song here, “The World Owes Me a Living,” would become Goofy’s theme as well. One of Goofy’s earliest solo shorts, Goofy and Wilbur, even features a grasshopper. Colvig’s voice acting here adds a touch of likeability to the grasshopper that could have been missing otherwise. 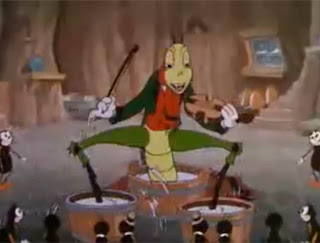 The ants are great as well. The ants get easily distracted by the grasshopper’s fiddling, in a nice touch. It shows the audience that the work of the ants is not something they enjoy, but it’s still necessary. The regal air of the queen adds to that. She chastises the grasshopper and is proven right.

This is a case of all elements of a short working together properly – animation, voice work, music, effects – they are all great. The snow effects, the fades – all the effects shots are well done. The Grasshopper and the Ants is obviously an influence on later works – from the aforementioned Goofy shorts all the way up to A Bug’s Life. That’s a great tribute to a fantastic short.