Once again we’ve reached one of the landmark shorts in Disney history. This time, it’s the first appearance of the final member of the Fab Five – Donald Duck. With this appearance in The Wise Little Hen, Donald joins the pantheon of Disney stars, and our Fab Five of Mickey, Minnie, Pluto, Goofy and Donald is complete. 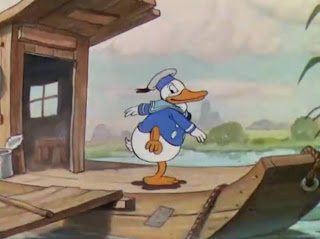 It would be a while longer before Goofy and Donald really moved into Mickey’s world as his supporting cast, but Donald’s appearance here is striking for a few reasons. Compared to the other characters who appeared after Steamboat Willie (Goofy and Pluto), Donald appears in a fully finished form. He would evolve his look a bit, but his character, voice and clothing are all the same as we would see them today. 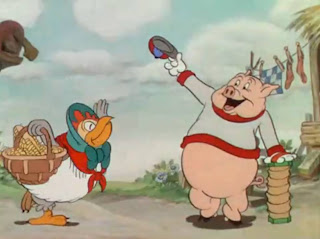 In the story of this short, it’s a familiar parable. The titular hen has a basket full of corn to planet, and approaches her friends Peter Pig and Donald Duck to get their help. Predictably, both beg off, faking a bellyache, so the hen goes out and plants the corn on her own, with her chicks helping out. 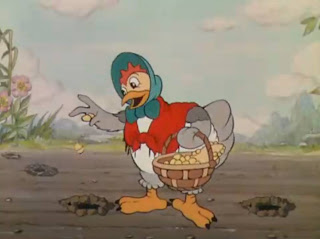 When the time comes to harvest the corn, Peter and Donald are together, and again fake a bellyache when the hen comes up to ask if they will help. Their tunes change of course, when the hen has finally harvested everything and cooked up a feast. Corn muffins, corn on the cob, corn chowder and cornbread are all set out on the hen’s table. 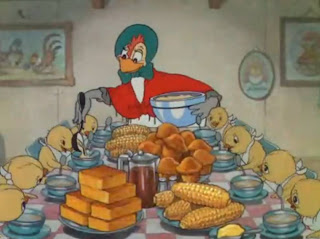 She gets the last laugh, though, inviting the boys over for dinner, but giving them a vial of Castor Oil for their tummies instead of food. It’s an old story, but a good one, and one that should be repeated often these days. 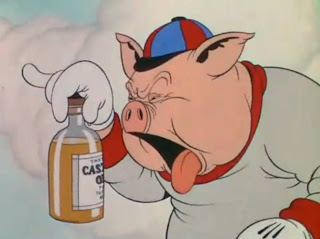 The striking thing is how much of a finished product Donald really is. Clarence Nash’s voice is instantly recognizable, and his trademark sailor outfit is there as well. He is the character that we would all know and love. But why did he survive this short and not Peter Pig or the hen?

I think the majority of it has to be Clarence Nash’s voice work. From the second Donald opens his mouth, he is a funny and memorable character. There’s nothing that particularly stands out about his design, although it’s good. But the distinct voice makes Donald an interesting character.

The Wise Little Hen is important for Donald’s appearance, but it’s also a good short. The hen comes across as likeable and funny, and Peter and Donald are also well done. I highly recommend any Disney fan to check this one out and see where one of Disney’s biggest stars got his start.