The Goddess of Spring

I’ve read about the creation of Snow White and the Seven Dwarfs for years now. I’ve eagerly put down money for two versions of the film (VHS and DVD) and will probably end up with another (Bluray) at some point soon. And in everything I have seen, The Goddess of Spring is referenced as Disney’s first attempt to create a realistic human figure, in preparation for Snow White. 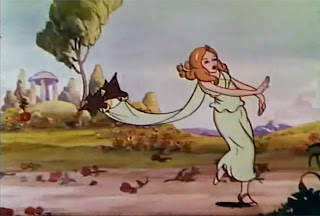 In watching this short, though, I have to say that it seems as though that may not be correct. Or perhaps it’s a matter of perception. The subject of this film is Persephone, the titular goddess. But the form she takes seems no improvement on the porcelain dolls of The China Shop. It seems like Persephone’s hair is porcelain or plastic, just like the dolls.

Persephone is a distinct figure, though, because it marks when the animators started trying to find their way in the human form. And there are some distinct differences between Persephone and her predecessors. Her facial expressions and design are much cleaner and more expressive. Her movements, while still a bit unnatural, are more fluid than other human like figures in the shorts to this point. 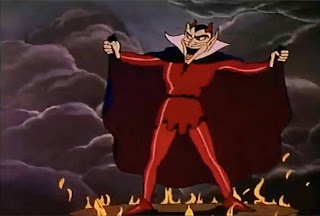 What I found interesting was that Pluto, the adversary of Persephone in this short, was a much more realistic figure except for his face. His manner of walking and gesturing seemed more real to me than Persephone’s broad gestures. There is the slight problem of his devilish face, though. 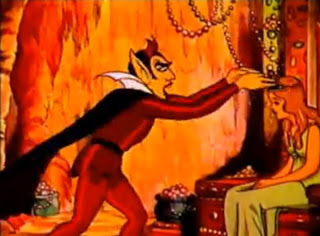 I guess I should discuss the melodrama of the story as well. Everything in this short is overwrought and dramatic, but it fits, because the story is about the work of the gods and how it affects us mere mortals on Earth. 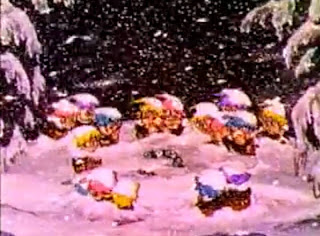 Persephone opens the short by dancing amongst the spring like flora and fauna, but she is soon grabbed by Pluto, who erupts from the ground and steals her away. The consequence is that the Earth turns from Spring to Winter, as Persephone is taken away. Pluto can not make her happy, no matter how many jewels or gifts he gives her, so he agrees to let her go back to the surface temporarily, so long as she comes back. 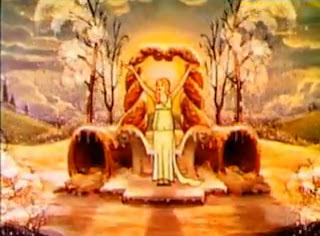 Persephone’s return to the Earth melts the snow and returns the Spring, but only temporarily, as the chorus reminds us. This is supposed to be the explanation for the change of the seasons, which is a neat concept.

However, I have to say, that as a first step towards Snow White, I did not find Persephone very convincing. It could also be that she is featured so little in this short that it’s hard to make a good judgment. There is more focus on Pluto than on her. It’s a good short, but shows you how far Disney and his team would have to evolve between 1934 and 1937 to get Snow White out and make it the film it would become.