Yesterday, I wrote a brief overview of the development of Snow White, but there was a great deal left out. A lot of the things I discussed yesterday came from various sources, including the all new Blu Ray package of Snow White, but much of it came from the book Walt Disney’s Snow White and the Seven Dwarfs and the Making of the Classic Film. 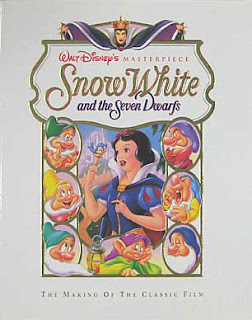 The book, written by Richard Holliss and Brian Sibley, covers the development of the film rather extensively. A lot of what is discussed inside was included in my overview yesterday, but there is much more that is within these pages.

As per usual with a book about a film, much of it is taken up with pictures from the film. In fact, my one major criticism about the book is that the entire middle section is merely screen grabs from the film, telling the story of the film with quotes from the film or paraphrasing dialogue. There’s nothing wrong with a story book approach, but for a book that is supposed to be about the making of the film, I don’t feel like we need a recap. 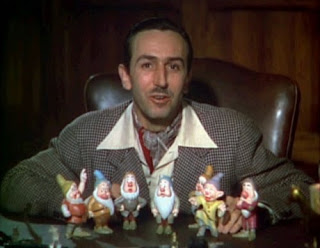 What’s not missing is some great color about what was going on at the Walt Disney Studios while Snow White was being created. The authors offer up snippets of conversations that took place, such as Walt and his crew spitballing ideas for the house cleaning sequence or the bed building sequence. It gives fantastic insight into the thought process behind certain parts of the film.

In addition, it offers great stories, some of which are familiar, but others which I had not heard before. For example, the story of how Adriana Caselotti ended up as the voice of Snow White is fantastic. Walt spent weeks and months listening to actresses on the other side of a wall, not looking at them, but could not find his Snow White. When one of the studio called Guido Caselotti for advice, his daughter Adriana jumped on the phone and started doing her Snow White voice. She was invited in for an audition and got the job. 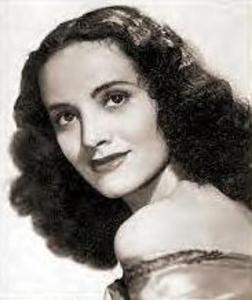 The other story I love, that’s a familiar one to fans of the film, is how Walt had to screen the unfinished product for the Bank of America bankers. Originally, Walt threw out a budget of $250,000, but it soon ballooned to $500,000 and ended up being more than $1.5 million. Along the way, Bank of America got leery of lending Disney more money, so Roy told Walt he had to show the bankers the film.

Walt protested, but he needed the money, so he agreed, albeit reluctantly. Throughout the showing of the film, Walt had to insert pencil tests, sketches and then sing the songs or add pieces of dialogue since the film was still unfinished. The banker he was sitting with sat there watching and nodding. When the film finished, he walked out, making small talk about the weather and the like, not mentioning the film.

Can you imagine Walt’s suffering? His dream, his studio and his future were on the line, and the man won’t give him an answer. Finally, as they reached the banker’s car, he leaned out and said, “That thing’s going to make you a pile of cash.” Disney got the check, and the rest is history.
These are the kinds of stories that fill the first part of this book. After the story summary in the middle, it moves on to a recap of what happened with Snow White afterwards. The merchandising, re-releases and inclusion in comics and television are all covered. It’s a great look at how popular this film really has been over the years. 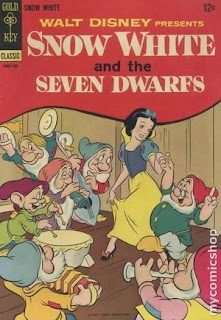 The book is a bit dated, since it was originally released in 1987 for the 50th anniversary of the film. Despite that, the first half of the book is amazing for the details it offers about the making of Snow White. Just the snippets of story meetings are worth the price. Track down a copy on eBay or Amazon and enjoy, especially if you’re a fan of Snow White.