I wrote yesterday how nice it was to see Mickey back in a real starring role in Mickey’s Parrot. Well, in that short he had to share time with Pluto, but we see a real Mickey Mouse renaissance in The Brave Little Tailor, one of the all time classic Mickey shorts.

There’s so much to say about this short, that it is hard to really organize my thoughts. First of all, this is the first time I have seen one of the Mickeys and thought, “This could have been a feature.” The quality of the work in this, from storytelling to backgrounds to animation, is exemplary. It’s also a vindication of sorts for Mickey, who seemingly had been relegated to a background role, but now shows that he can be a leading man. 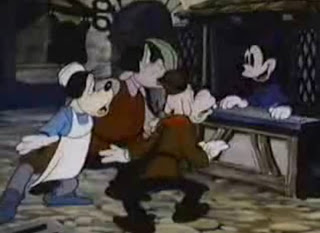 In case you haven’t seen it, this short revolves around the story of a town menaced by a giant. Mickey is a tailor in the town, who unwittingly gets sucked into ridding the town of the giant. How? Well, by a simple misunderstanding. After he kills seven flies in one shot, Mickey brags to the townspeople. Mistaking his bravado and thinking he meant giants instead of flies, the townfolk pull Mickey in front of the king, who sends Mickey out to kill the giant, in exchange for the hand of the Princess Minnie. Hilarity ensues. 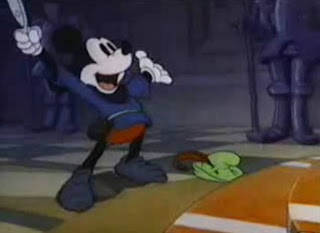 The reason I thought this could be a feature was the storytelling. It is fantastic. Everything is set up perfectly, giving motivation for the king, Mickey and Minnie in a short amount of time. Not to mention the pathos – you feel so bad for Mickey when he is standing in front of the king bragging about his accomplishment, knowing that he doesn’t realize that the king thinks he is talking about giants, not flies. 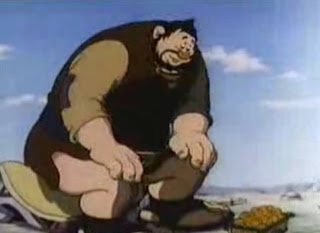 Then, when you see Mickey out looking for the giant, there is a feeling of genuine terror that he will be eaten or crushed. That’s not easy to do. Mickey at this point was a star beyond all others, so to think that Disney would harm him is unthinkable. Yet, watching this short, you get that feeling, and that’s a credit to the power of this short. 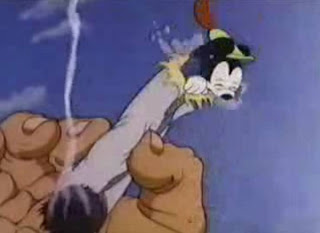 Even though you know that Mickey will come out on top, the short does a great job of building suspense. I will have to say that seeing the resolution, where Mickey the tailor wraps the giant up in “thread” to make him fall over had the Star Wars geek deep inside me giggling. It’s something that I’m sure George Lucas saw when getting ready for the Empire to strike back. 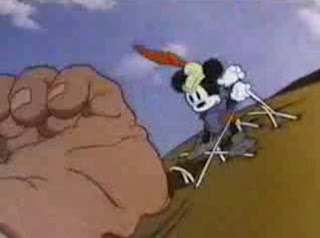 The Brave Little Tailor is simply Mickey at his finest. He takes the lead role easily, proving to be a brave, if a little foolhardy, leading man. His character in this short is the character he would have moving forward. Mickey is the guy who will charge ahead, despite knowing that he might not have a chance, but by luck, guile or skill, somehow manages to come out on top. He’s the guy we all would love to be, and we love to watch him do his thing.