The Moth and the Flame

There is an ongoing theme in the Silly Symphonies series of exploring worlds that exist right under our noses. From the very beginning of the series, looking at the skeletons who dance in the graveyard when people are not around, to Midnight in a Toy Shop, examining toys after people go home, the Silly Symphonies often look at these “hidden” worlds. The Moth and the Flame is the same idea, examining a costume shop after hours when invaded by a group of moths. 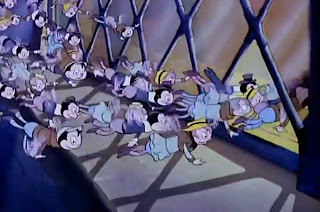 In addition to the “hidden” world motif, we also have a great number of Silly Symphonies that play off of parables, or moral lessons. This one is no different. This plays off the theme of sticking with the safe over the exciting – in other words, taking the reliable man over the (literally) flaming hot new beau. 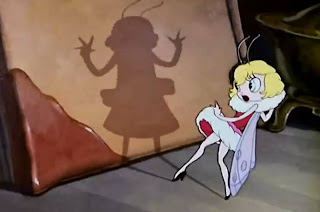 The best part of this short is the art, meaning the fantastic backgrounds and characters. The backgrounds here are more rich and full than in previous shorts, looking similar to Snow White in the design of the costume shop. The characters, especially the lead moth, his girl and the flame, are exceptional designs as well.

The downside is that despite having such great tools to work with, the story doesn’t give them much to work with. The basics are that the lead moth brings his girlfriend into the costume shop, and they dance around for a while before he is distracted by a hat. Yes, he starts eating a hat, while his woman goes and flirts with a flame. Predictably, the flame turns evil and starts chasing her around before the boyfriend snaps out of it and enlists his fellow moths to extinguish the flame. 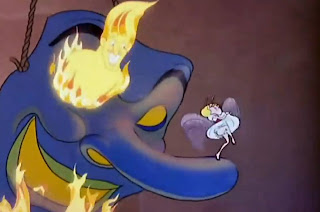 While the personification of the flame is done quite well, most of the other gags just fall flat. The majority of them involve either the lead moth or the flame pursuing the girl, to no avail. It starts simply, with the flirtation of the two moths, and there’s even some willing flirtation on the part of the female moth and the flame, but it then devolves into the lecherous flame pursuing the moth. 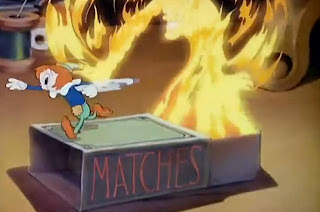 It’s not that this is bad, as it illustrates the point of the short, but it’s predictable. There’s no big surprise in the short, and honestly, not much for the viewer to latch onto. I think there’s also something to the fact that the Silly Symphonies seem a little off at this point. After all, we have Goofy, Donald, Mickey and Pluto established as stars capable of carrying their own series. So why are the Silly Symphonies necessary? 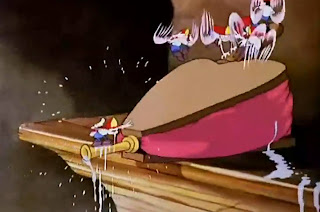 The Moth and the Flame isn’t bad, and the artistic quality is actually quite good. It’s just not up to par with earlier efforts in 1937 and 1938, though. It lacks that great character or hook that makes you want to keep watching and warms the heart. What did you think?