The Reception of Pinocchio

Pinocchio was released to the world on February 7, 1940, and the expectations had to be high. Snow White was one of the most successful films of all time at that point, so another Disney animated film should have been a sure bet, right? 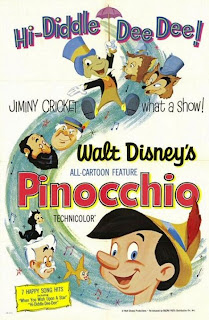 For critics, the answer was a resounding “yes!” Archer Winsten, one of the foremost critics of the time, had been very negative on Snow White, yet wrote of Pinocchio: “The faults that were in Snow White no longer exist. In writing of Pinocchio, you are limited only by your power of expressing enthusiasm.” His was not the only review singing the praises of the film.

The Academy Awards would eventually recognize the film as well, mostly for the song “When You Wish Upon A Star,” which closes the movie. That song went on to win the Oscar for Best Song and the score won for Best Score of a Musical. It was recognized then and now as a peak of Disney’s animated features.

The problem was that audiences did not embrace the film in the same numbers as Snow White. While Pinocchio cost just north of $2.2 million to make, it did not recoup those costs during its initial release, topping $1.4 million. For comparison, over nearly the same amount of time, Snow White was able to make $3.5 million, making it the most successful film of all time.

Now, movie box office is not the end all and be all of measurements, but it goes to what I said in my review yesterday. Pinocchio is a very good, even great film, but it’s not one that I would say that you want to watch over and over again. It’s not a tragic story, because there is a happy ending, but it is somewhat of a dark film. 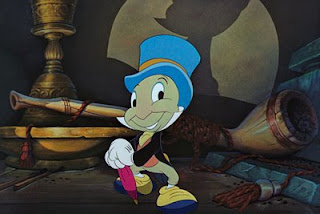 It’s easy to see what people took away from this film when you look at the most popular characters from the movie today. Jiminy Cricket, who is really intended to be the comic relief/sidekick character, has to be considered the breakout character from the film. He is ever present today in a host of media, and has been a big part of the Disney company for decades.

Other than Jiminy, the big take away from this film is the song, “When You Wish Upon A Star.” It has become the anthem of the company itself, and most people don’t even associate it with Pinocchio. My children have never seen the entire film, but both of them know that song and think of the Disney parks when they hear it. Speaking of which, tomorrow, we’ll take a look at how Jiminy Cricket, Pinocchio and even Monstro have become big parts of the Disney theme parks.