Goofy is my absolute favorite of the Disney cartoon stars, because his shorts were what I grew up on. Although I enjoy watching the Donald shorts a little more these days because they are brand new to me, Goofy still holds a special place in my heart. The reason for that begins in this short – Goofy’s Glider.

For some reason, in 1939, Pinto Colvig, the original voice of Goofy, left the Disney studio. This left Walt and his team with a serious quandary – how could they continue to make Goofy films without Goofy having a voice? The solution created what I think are some of the funniest shorts that the Disney company ever produced. 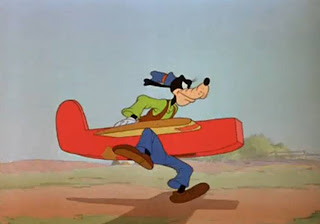 Rather than have Goofy go through an adventure where he engaged in conversation and talking to other people, the choice was made to create “How To…” style short. A narrator was used to tell the “correct” way to do a certain task – in this case flying a glider. The counterpoint to that was Goofy doing the activity the wrong way, making the same sort of mistakes that he always made, but it’s so much funnier when it’s a counter to the serious narration. 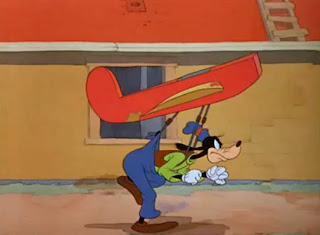 That said, how does the original short fare? I’m happy to report that it does very well. Goofy’s Glider, in providing a template for these shorts going forward, makes the juxtaposition of the narration and action seem very natural. Goofy’s actions are perfectly consistent with what he had done in previous shorts. 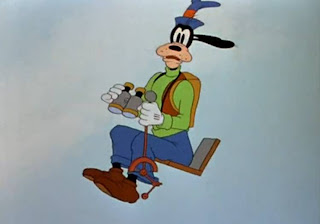 I think that’s the key to why Goofy works so well – he is consistent. In fact, Donald is much the same thing, always consistent in his actions and reactions. Goofy, though, always will get confused, and do things that lead him into bad situations. He always handles those situations with a goofy grin and happiness. It’s why we love him. 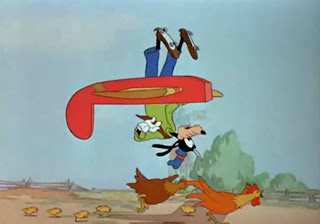 For example, in Goofy’s Glider, he ends up launching himself into the air, but is upside down. It takes him a good minute or two to figure it out, though, and his increasing realization is visible through the animation. It’s fantastic work. But ultimately, despite some hysterics, Goofy ends up smiling at the end. 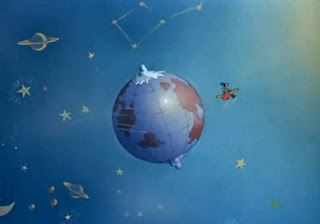 Enough praise can not be laid at the feet of the narrator of these shorts, however. The haughty, over the top tone combined with the technical jargon gets more and more hilarious each time. These shorts are a treasure, and I’m so happy to have them ahead of us in this project.