The Development of Pinocchio

For his second animated feature, Walt Disney chose a subject that was different than Snow White. Although the Walt Disney Company now is synonymous with princesses, the second princess film was still a ways off in 1940. No, instead, Walt chose to go with a story by Carlos Collodi, titled Pinocchio.

Pinocchio first appeared in 1883, in the book The Adventures of Pinocchio. The story was that Pinocchio was carved by Gepetto, a woodcarver in an Italian village. Gepetto was given the scrap of pine that formed Pinocchio by a Master carver, and formed the puppet to perhaps make some money. Pinocchio comes to life, and has several adventures, as he learns how to live in the world. Along the way he meets a talking cricket, who he kills, a fox and cat that talk him into an adventure, and finally ends up as a real person. 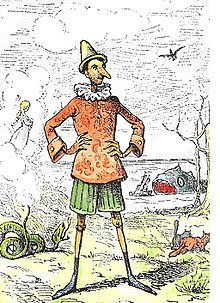 The story was not that old when work began on Pinocchio in 1938. There are notes in the various histories of the studio about Walt asking artists to go out and see the play and/or read the book in 1937, as work was continuing on Snow White. Due to the time crunch on that film, however, it’s unlikely that any serious work began until 1938. In fact, Bambi was actually the first film to have work done on it, even though it would not appear until much later.

The original production of Pinocchio was much different than the beloved classic we see today. In the original version of the film, Pinocchio was designed much more like a real puppet, very angular and wooden. He was more similar to Charlie McCarthy, the well known ventriloquist act with Edgar Bergen, than he was to a simple child. Jiminy Cricket was not in the film, and Figaro was an older cat, not a kitten.

The main issue with the film was the main character. In the book, Pinocchio is a troublesome figure. Throughout the snippets and brief episodes that make up the book, Pinocchio is a cruel and harsh figure, only gaining redemption in the end. The original development of the film followed this path, and Walt hated it. He famously halted production on the film, throwing out most of six months’ work to rework Pinocchio. 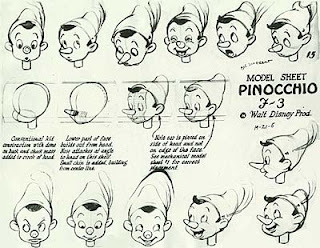 Milt Kahl is credited with the solution – to animate Pinocchio as a real child, merely adding joints like a puppet to his arms and legs. After a few tests, Walt signed off, and Pinocchio was reconfigured into a more realistic child, and his character became more of a good natured innocent. 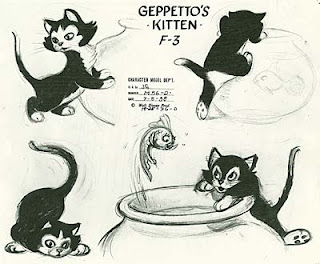 The rest of the film soon followed this path. Figaro transformed from a tomcat to a small kitten, and Jiminy Cricket was created from the talking cricket character in the book. Originally designed as a real cricket, Ward Kimball redesigned the character as basically a man with no ears. This would prove to be a huge success, as Jiminy would go on to be the longest lasting character from the film.

Tomorrow, we’ll look at the film itself, and how it plays, then examine the reception of the film from critics and the public, before finally taking a look at how Pinocchio has held up over the years.