We’re going a bit off topic today, but I’m hoping that as the blog progresses we can branch out into some different subjects in addition to the daily film post. At heart, I’m a Disney theme park fan first, so today’s post deals with that. 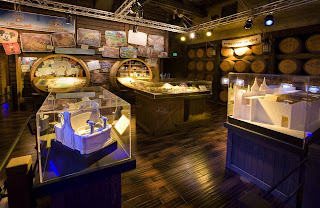 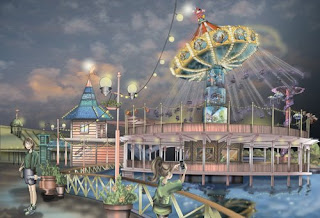 There have been all kinds of great things proposed and concept art drawn that make this a Disney nerd’s best fantasy. From the new Silly Symphonies swings to the statue of Walt with a camera that will be in the front part of the park, this new design is a tribute to Walt and his California.

That’s why it irks me that there are some glaring omissions. Sure, you have the giant Mickey head on the ferris wheel and the World of Color show in the lagoon. And there’s the Carthay Circle Theatre replica that emulates the place where Snow White premiered. But where’s Alice?

That’s right, where’s Alice? Walt Disney came to Hollywood in the early 20s, but Mickey Mouse did not jump off the drawing board for almost 4 full years. In between, there was the successful Alice films and then Oswald the Lucky Rabbit. Where are they represented in this new vision of California?

Sure, I guess you could rationalize that Disney is trying to capitalize on their most recognizable characters, and that makes a certain amount of sense. But if this park is truly supposed to represent Walt’s career in Hollywood, why not at least pay tribute to the cartoons that got him started? 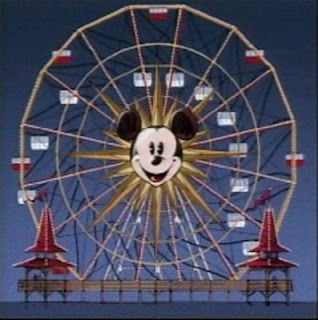 And hasn’t Disney built attractions in the past that were not based on the most popular films? What about things like Mr. Toad’s Wild Ride? That was not exactly a box office smash, but it’s a great ride. Or think of all the rides created without a character backing it, like the Country Bears, Haunted Mansion and Pirates of the Caribbean. All classics, but not based on existing characters.

To my mind, Alice and Oswald deserve a nice pair of dark rides in the new California Adventure park. Throw them over in the Hollywood Pictures Backlot area, replacing some of the facades and such, and you could instantly have the park be more kid friendly while introducing some potentially viable new characters to the masses. What do you think?
Posted by Ryan at 6:51 PM