Please allow me a brief diversion here, as I get ready to start a new series of posts tomorrow about a new Disney film subject, I’m thinking about some broader themes today. So, if this post is not your thing, please forgive me. 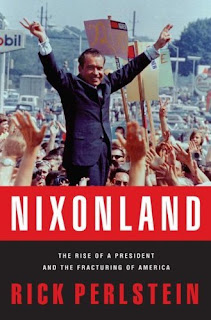 If you have the chance, I urge you to pick up the book I am currently reading, Nixonland, by Rick Perlstein. Regardless of your political leanings, this is a fascinating story about America in the 1960s. I’m not even close to finished yet, but the basic idea is tracing what happened in the country between the political landslide victory by Lyndon Johnson in 1964 as a Democrat and the equally impressive landslide by Nixon in 1972. The idea of the book is to see how the mood of the country switched so drastically in just 8 years.

Stick with me, this is Disney related. One of the things that happens during those years is the Watts riot in Los Angeles. If you haven’t read about Watts, you must do so, in order to understand American history. The riots took place in 1965 in Los Angeles, and were based on the fact that an African-American was arrested for what other African-Americans considered wrongful causes, touching off a storm that raged for days. 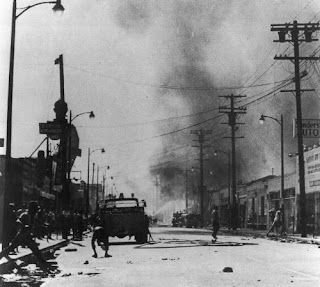 Okay, on to the Disney connection. After the riots, people looked around and wondered why such a thing happened. One idea was that the squalor that people were forced to live in around Watts led to unrest among the residents. One story in the book is about a man who was arrested while speeding his wife to the nearest hospital, an hour and a half away, for an emergency.

Now, think about what Walt Disney was working on in the late 1960s. That’s right, EPCOT. Not the theme park we know today, but instead the Experimental Prototype Community of Tomorrow. This was urban planning on steroids, designing a city that would eliminate the conditions that some people said had caused the Watts riot. 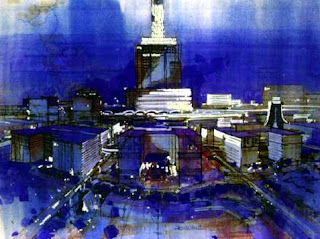 We can debate over and over again whether those conditions actually caused the riot, but the fact of the matter is that Walt was busy at work on solutions to those problems, even before the riot. These conditions were evident in other cities, and riots continued throughout 1965 and 1966, leading to a Republican group taking back seats in Congress in the 1966 midterm elections, and eventually to Nixon.

Imagine what would have happened if Walt had lived, and EPCOT had been constructed as he had intended. Say it opened in 1970 or 1971. The problems that were brought to light in the Watts riot could have been solved at EPCOT. If people saw the success, who knows what kind of America we would now live in. Would we have monorails, people movers, mass transit and the like? Would we have less pollution and commuting, more town squares, and a better sense of community? These were the aims of EPCOT.

It’s not like the problems that Walt was aiming to solve in EPCOT have been taken care of today. They haven’t. But you have to wonder what would have happened if America had seen Uncle Walt showing them the way to fix things in our cities on our televisions every Sunday evening in the early 70s. Something to think about for sure.
Posted by Ryan at 10:07 PM