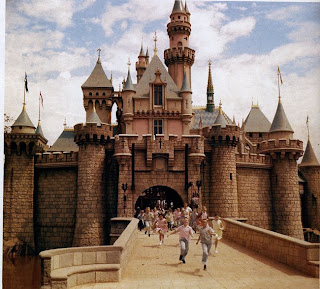 Following up on an earlier post about the lack of Alice and Oswald in the new California Adventure, I gave some thought yesterday to the parks and the Disney animated films. After thought, I started doing some research, and what I found was rather startling.

To really understand this, though, think back to the early days of Disneyland. When the park opened in 1955, it contained rides based on Peter Pan, The Wind in the Willows and Dumbo, Alice in Wonderland and Snow White. Sleeping Beauty Castle was the centerpiece of the park, even though the film was not yet released. All of Fantasyland was practically a tribute to the Disney features, and it would be expanded soon with the addition of the Alice dark ride, in addition to the Tea Cups already there.

Through the years, the Imagineers were encouraged to think outside the box, and develop new storylines for their creations, but the core of the park remained those key animated feature attractions. When Fantasyland was redone in 1983, Tony Baxter and his team added Pinocchio’s Daring Journey, just strengthening that tie. 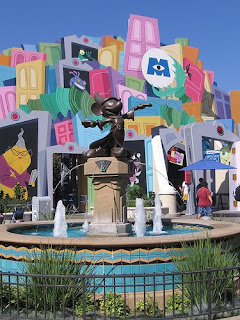 All of this, yet we scarcely have anything based on the films released during the late 80s and early 90s, that revived animation. There are small things here and there, like the Beauty and the Beast Show at Hollywood Studios and Ariel’s Grotto at the Magic Kingdom, but where are the dark rides, the coasters or the big budget rides that these evergreen characters deserve? 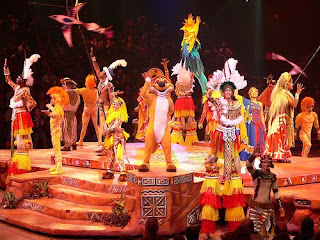 Would anyone argue that Mike and Sulley of Monsters, Inc. are more popular than Simba or Belle? Yet there are two permanent attractions based on Monsters, Inc. at the domestic theme parks, and a show each for Simba and Belle. 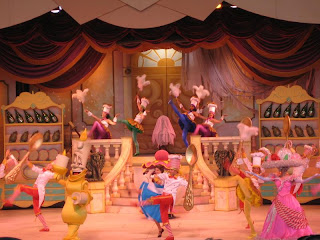 Want to know the last attraction added to a domestic theme park based on a 2D animated feature? 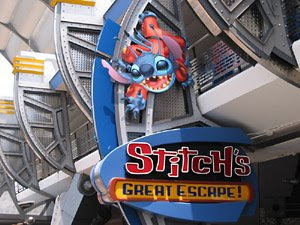 Yep, Stitch’s Great Escape, a retrofit of the existing Alien Encounter, that was a creative partnership with George Lucas. Alien Encounter was scary, sure, and I do love Lilo and Stitch, but why was this necessary?

Sure, there were plans to revive the Disneyland subs at one point with an Atlantis theme, but that movie tanked. There were rumors floating of a Brother Bear ride at the Epcot Canada pavilion, but that movie died as well. You know what? Alice in Wonderland or Fantasia were not monetary successes on their release, either, but rides still got built.

It’s a step in the right direction to have the Little Mermaid dark ride on the plans for the new California Adventure, but to me, it’s not enough. I want a real Magic Carpets of Aladdin ride, a coaster that takes you through the Cave of Wonders. I want a Beauty and the Beast dark ride. I want a Lion King attraction that is not just puppets and songs. Why can’t we have a real Lion King ride in the Africa section of Animal Kingdom? 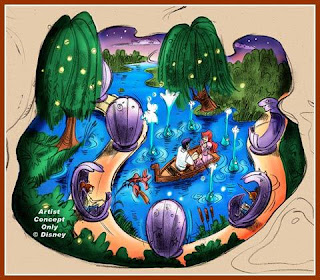 And it doesn’t stop with those films! Think of all the animated properties that do not have park attractions – 101 Dalmatians, the Jungle Book, and The Legend of Sleepy Hollow top my list, but there are more. So, c’mon Disney, get on the ball and throw us animation fans a bone.
Posted by Ryan at 4:50 PM