So far on this lists, we’ve had a PIXAR film, a live action Disney film and a traditionally animated film. So, which way do we go today? 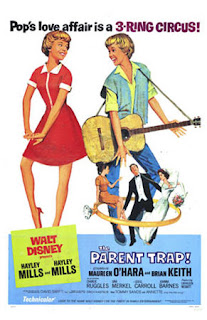 Again, this has sentimental reasons. Mainly, I loved Hayley Mills as a kid. Either one of the twins in this movie were like heaven to me. I saw this movie over and over again, and I never got tired of it.

The Parent Trap is just good filmmaking. The technical aspects of course take the lead, with Ub Iwerks’ development of the matte process allowing Hayley Mills to act opposite herself. Despite the years that have come since, and all the technological advances, it’s hard to watch this movie now and tell where the matte shots are. That’s a testament to Ub and his technological wizardry. 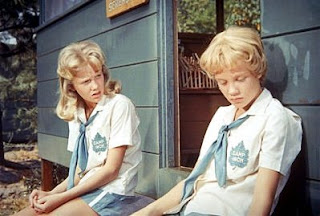 But the real charm here is Hayley Mills as Susan and Sharon. There are moments when the premise could be come unbelievable, but the acting pulls it through, as she plays both parts perfectly. She is charming, witty and believable, which is all you could ask for from a film like this. 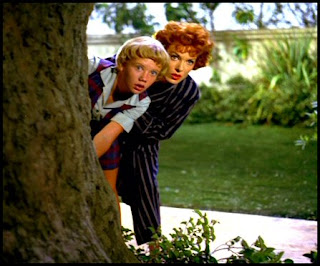 Plot wise, this is a great film for the Disney canon. It features the familiar trope of a misunderstanding between people who later become friends, but it also has romance, comedy and melodrama in spades. The basic idea is good, as the two girls meet each other and decide to reunite their parents, but it’s simple enough to be easily explained and doesn’t hinder the movie from comedic heights.

Similar to Cars, The Parent Trap is also tightly plotted. Each scene features an important part of the puzzle of fleshing out who the characters of Susan and Sharon are, and how important it is to them to have their parents back together. It’s not nearly as streamlined a film, but it’s definitely well done. 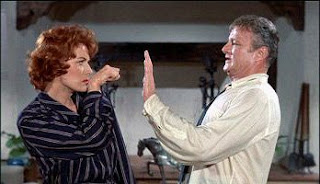 Brian Keith and Maureen O’Hara as the parents are also quite good. Keith plays the comedy quite well, especially considering his size and commanding presence on screen. He has very subtle reactions to his daughter that show a father struggling to comprehend the mystery of a teenage girl. O’Hara is brilliant as always, playing the foil to Keith’s blustery dad perfectly.

The main thing is that this movie just makes you feel good, which all great Disney films should. I just re-watched it a week ago, and felt great when it was over. The success of the girls gives you hope that true love survives, and anything is possible if people can work together. It’s a great message for any film, but feels quite satisfying coming from Disney.
Posted by Ryan at 3:07 PM