Big Uproar Over a Small World

There has been much furor in recent days about the all new it’s a small world ride at Disneyland, featuring characters from the Disney and PIXAR animated features. Much of the coverage has been negative from the fan community, mainly from Al Lutz over at Miceage. Now, I greatly respect Al and have followed his website and columns for years now, but I have to disagree.

Since I’ve commented before on characters in the parks, allow me to say that based on what I have seen from pictures and video on the internet, I’m in favor of this renewal of the classic attraction. 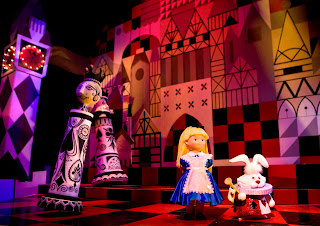 You can read the full negative opinion on other sites, but the basics are that the ride itself was meant to be the view of the world from a children’s eye, and the dolls in the ride are representations of each nation’s culture. The idea as originally presented was for the world to come together in peace and recognize that we are one world, with a future shared together by our children.

By this view, the addition of the Disney characters to the ride undermines that message, by inserting discordant notes of commercialism to sell plush. The characters in the ride, along with the new “Spirit of America” scene, are supposedly working against the main theme of a united world future. 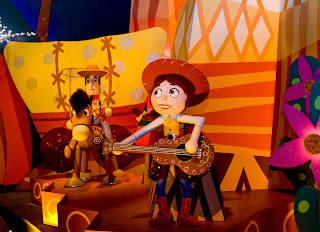 I’m sorry, but I can’t help to disagree. First of all, we have plenty of rides in the parks that do not feature characters at all. Some of the best loved attractions, like the Haunted Mansion, the Jungle Cruise and the Matterhorn at Disneyland are free of characters. If someone had tried to shoehorn Tarzan into the Jungle Cruise, I would have objected loudly. But this is not the same thing.

After all, the original objections about Jack Sparrow and Barbossa taking up residence in Pirates of the Caribbean have died down, haven’t they? Originally, everyone was up in arms on why you would want to put those characters in the classic ride, but when it was done with minimal disruption of the original, it seems as though all are in agreement that Pirates is an updated and better experience now. 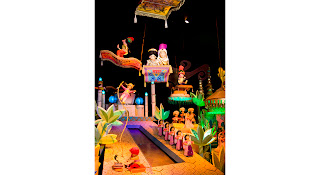 I sense no such consensus on it’s a small world. However, to my mind, this is a similar conversion. Let’s face it, the audience coming to Disneyland today is not the same audience that came to the park decades ago when this ride first opened. Back then, the crowd was wowed by colors and imagery. Today’s crowds want fast paced action, familiar characters and things more magical than what they can get at home on their video game systems.

Is that reason to change the ride? Not by itself, no. But can you change it without harming the spirit of the original? I think so, and I think that’s what they have done. After all, if the idea is to showcase the spirit of togetherness among the children of the world, don’t they all have a fondness for these characters? And many of the characters themselves are children, like Lilo, Peter Pan, Nemo, Ariel and others. 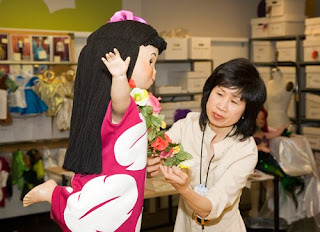 To my way of thinking, the idea is to give new audiences a reason to ride small world and get the message to more people. And yes, I’m sure Disney wants to help push plush of the characters, but they are a business, right? Shouldn’t they try to make money, so they can then build bigger and better attractions? 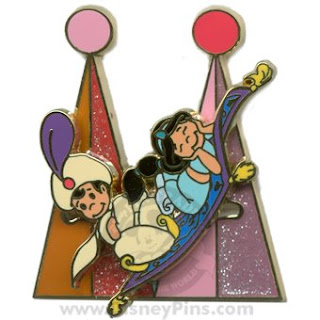 For my money, I know that my 7 year old and 2 year old will enjoy this ride a lot more when we travel out to California next year. As it is, I force them to go on the ride in Florida every time we visit, but it’s just that – forced. Now, these are kids that love classic Disney cartoons, will watch old episodes of the Disneyland TV show, and know who Walt Disney is instantly on sight. But they still don’t care for small world as it is in Orlando. And if we’re trying to bring the kids of the world together, shouldn’t they enjoy the experience?