If you’re going to follow up Old King Cole, which was a Silly Symphony that I did not like, with another Silly Symphony, then it better be a good one. Lullaby Land is that, and in spades. It is an absurdist dream, full of creativity and extremely engaging.

So what makes this one so good? Let’s start with the main character – it’s a baby. A toddler if you want to split hairs, but the design is more of a baby. But rather than go with the overstated features and out there designs of Old King Cole or King Neptune, this child is designed with realistic features and proportions. It makes a huge difference. 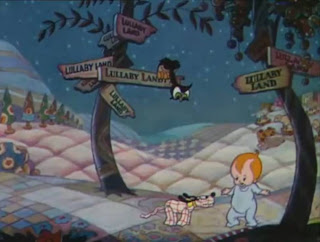 Taking an exaggerated child and placing him in a surreal world would not have worked. By having the child be realistic and the environment around him change into fantastic visions, the animators made each of them better. And boy, did they ever come up with some amazing things in the Lullaby Land. 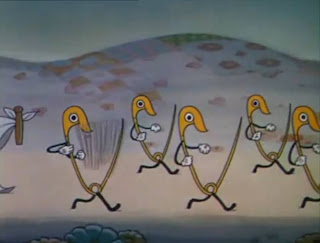 Everything from the moment the child falls out of a tree and lands in Lullaby Land is absurd on a whole different level. This is somewhat new territory for the Disney crew, as most of their past films have dealt with real world situations, or fantasies established by fairy tales. This is a completely new world, developed by the animators, and it shows an amazing amount of creativity. 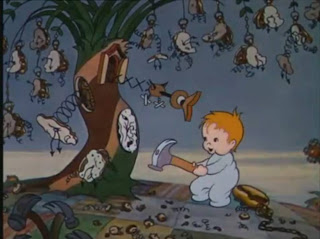 Here we get to see trees made of rattles or pacifiers, a parade of diapers and accessories, a room filled with sharp objects that attack each other and giant matches that spark, then turn into smoke and finally green monsters. 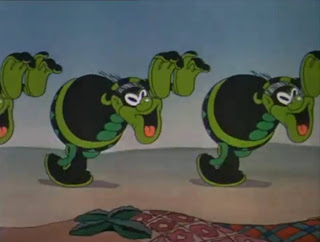 These monsters are probably the most amazing creation of all. As I said, it begins with the baby sparking a couple matches, which sparks many of the other matches. Then, the matches chase him, finally falling into a lake. But they don’t die. Oh, no. The steam from the matches becomes clouds with faces that follow the baby, before then evolving into large green monsters. It’s crazy, but it works. 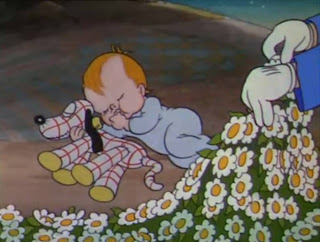 When the Sandman appears to finally put the baby back to sleep, it’s almost a relief. The short moves so quickly that you get drawn in, your eye drawn to several different things every second. It moves fast, keeps the viewer engaged, and manages to be both funny and thrilling at the same time. That’s quite a feat.